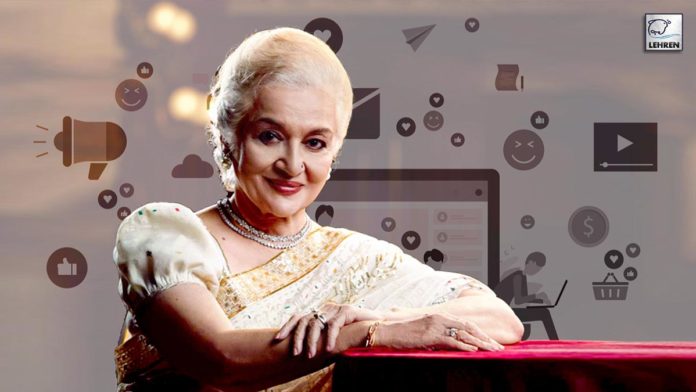 Check out the reason why veteran actress Asha Parekh is not on any social media.

Bollywood has got many fine actors and actresses and one of them is none other than the veteran actress Asha Parekh. Throughout her career, she has done many prominent films such as Kati Patang in 1971 for which she bagged the Filmfare Award for Best Actress, Teesri Manzil in the year 1966, Caravan, Mera Gaon Mera Desh, Aan Milo Sajna, Mahal, and many others.

For a long time, the actress kept herself away from the camera. Last year, she made an appearance in India’s Best Dancer Season 2. In the popular dance reality show, she also revealed that once she dreamt of becoming a doctor. Talking about the same, the actress said, “Even I wanted to become a doctor. For school, I used to travel every day from Santa Cruz to Flora Fountain, and one day on my way to school, I saw an accident site and all the blood really made me dizzy. Which is when I knew that I can’t be a doctor.”
Well, in a recent interaction with one of the popular news portals the veteran actress shared the reason for her staying away from social media. Asha Parekh said, “There’s too much exposure because of all this. If you are not seen much in public, people are inquisitive to know about you.”

She also opened up about the charm and grace in today’s actresses. She said, “It’s not the grace that is missing in these girls. I just feel they don’t innovate enough. For example, if they even dressed up differently from others, they would not all look the same”.

Asha Parekh was one of the highest-paid actresses of her time During the 1960s and 1970s she was one of the most successful celebrities who was loved by many.

Must Read: Laal Singh Chaddha Trailer To Have A Bang Release During IPL Finale