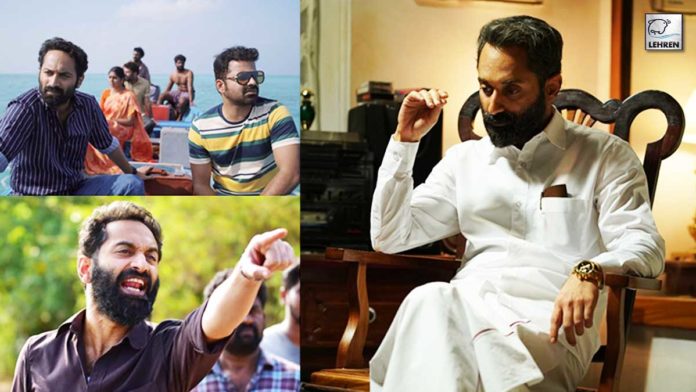 The eagerly-awaited crime drama Malik has released. The film brings together the blockbuster Director-actor duo, Fahadh Faasil with Mahesh Narayan, which made the wait for the film more worth it. In the past, the duo has treated the audiences with superhit films like ‘C U Soon’, ‘Take Off’, and now ‘Maalik’.

Here’s a look at 5 reasons why Fahadh Faasil starrer is a must-watch film.

Mahesh Narayanan is known for not making commercial masala films. He likes keeping everything realistic and as unconventional as possible. In Malik, the director addresses the border issues of the people. The narrative of the film journeys through the life of Sulaiman Malik, a charismatic leader who goes an extra mile to help the people of his community and provide them support to stand up against the corrupt forces, shielding them from their greedy agenda of colluding and encroaching lands illegally for their benefit.

After Take Off and CU Soon, Mahesh Narayanan and Fahadh Faasil are back together for a period drama Malik, set in coastal terrain. Their successful collaborations in the past have only set high expectations.

Malayalam cinema is a huge contributor to the Indian film industry. Not just in India but globally, the content is winning the hearts of the audience. After films like Joji, moviegoers are pretty excited to know what’s next in store for them by Amazon Prime Video.

Fahadh has gone through an immense weight loss journey for his role in Malik. This is for the first time he is playing a character that is aged. For the role, the actor had to shrink and the same can be witnessed in the film’s trailer.

The background score plays a very important role when it comes to crime drama and it only heightens the intensity of every scene in the movie. The trailer itself gives us a glimpse of the same.

Go treat yourselves with yet another amazing offering by Amazon Prime Video, starting from 15th July.

Gopika Bahu Is Going To Different From Gopi Bahu!

Legendary Actor Jeetendra To Be Seen In ALTBalaji’s Apharan 2!