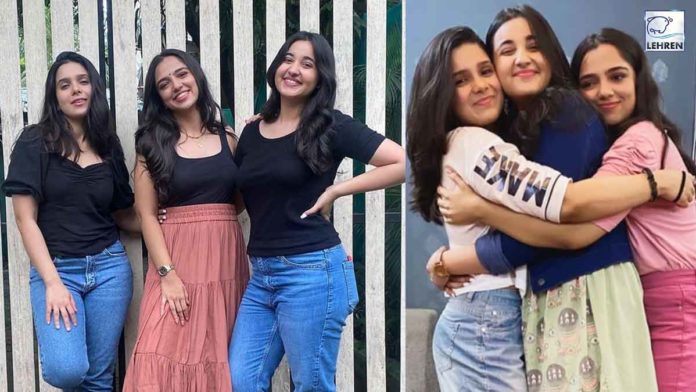 Ahsaas Channa, Rashmi Agdekar And Revathi Pilla have reunited for the second season of Interns.

The Bollywood industry is getting back on track slowly but steadily and actors feel blessed to be back on the sets. Our favorite trio Ahsaas Channa, Rashmi Agdekar And Revathi Pilla have also come together to shoot for the second season of Interns.

Rashmi Agdekar feels grateful to be back on the sets as she looks forward to work and spend good quality time with her lovely co-stars.

Rashmi Agdekar is well known for her versatile acting and charming personality. She is also very active on her social media platforms and makes sure to update her fans with her upcoming projects. The actress recently shared an Instagram story ft. herself, Ahsaas Channa and Revathi Pillai as they come together once again for Interns season 2.

Also Watch: Sidharth Malhotra And Kiara Advani’s Romance In This Video Is Too Cute

Rashmi was spotted wearing casuals with a subtle makeup look. She wore a white top along with denim boyfriend jeans, matched along with black and white canvas shoes and her hair letting down open, she made her casual look slaying as always.

And here’s another picture of the trio, shared by Ahsaas Channa on her Instagram:

Interns is a light-hearted series that showcases the lives of three young interns. The first season came out in 2020 on Girliyapa. It also stars Shivankit Singh Parihar, Sunita Rajwar and Deepak Kumar Mishra.

Talking about Rashmi Agdekar, she started her acting career in the web series “Dev DD” in 2017 and played the lead role in “I’m Mature” for the MX player which was critically acclaimed. She was seen in the web series “Rasbhari” alongside Swara Bhaskar on Amazon Prime. She also made her debut in Bollywood with the film “Andhadhun” alongside Ayushmann Khurrana.