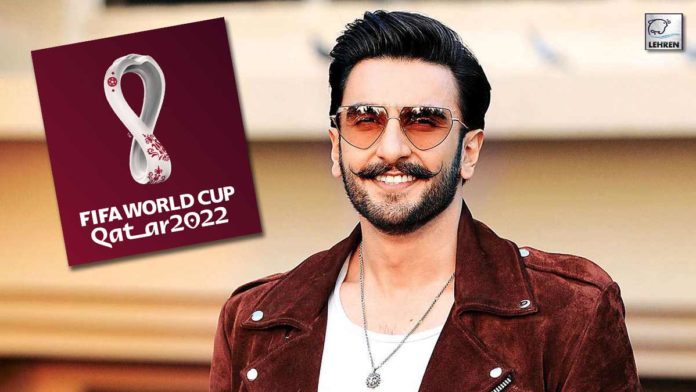 Ranveer Singh has been invited to attend and represent India at the FIFA World Cup Final in Qatar on December 18.

Ranveer Singh has become a popular global star. He has been invited to attend and represent India at the FIFA World Cup Final in Qatar. FIFA World Cup is one of the biggest sports events. Among all football events, this is one the most prestigious football competition.

The FIFA World Cup final is scheduled for 18th December in Qatar. Ranveer Singh will fly to Qatar to attend the World Cup and represent India on December 18th. From all the participating countries two best teams will move to the finals to lift the coveted World Cup.

According to a source, “Ranveer has become a cultural phenomenon globally. He represents the aspirational youth of India globally and is the perfect ambassador to be there at the FIFA World Cup finals. He will be there for a day and will have a host of key meetings with multiple global footballing icons who are also being finalised to attend the marquee event.”

On the work front, Singh has Karan Johar’s Rocky Aur Rani Ki Prem Kahani in the kitty. He will share a screen with Alia Bhatt along with Dharmendra, Jaya Bachchan, and Shabana Azmi. in the pipeline he also has Rohit Shetty’s Cirkus set to release on December 23. The film stars Ranveer Singh in a dual role alongside Pooja Hegde, Jacqueline Fernandez, and Varun Sharma.