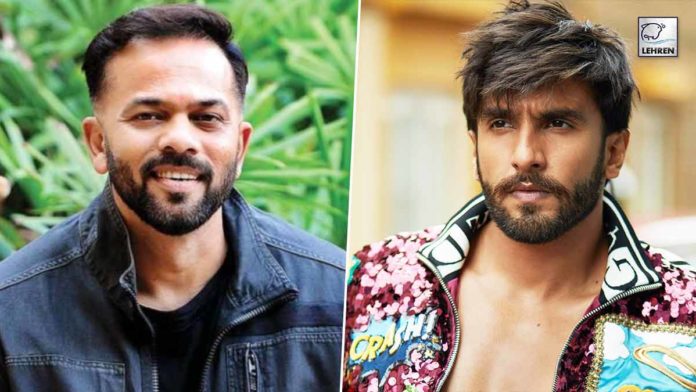 Reports state that Ranveer Singh and Rohit Shetty are to join hands for an upcoming grand comedy venture. But there’s sad news for all Golmaal franchise fans. Read below to know more.

Actor Ranveer Singh has cemented his place in the Bollywood industry ever since his debut with Band Baaja Baarat in 2010. The versatile actor is one of the most successful actors in the show biz. With super-hit films like Goliyon Ki Rasleela Ram-Leela, Padmavat, Bajirao Mastaani, Gully Boy, and many more under his belt. Meanwhile, the latest reports suggest that Ranveer Singh and Rohit Shetty are to join hands for a comedy-drama film.

Ranveer Singh and Rohit Shetty have previously collaborated for the 2018 film Simmba. The film featuring Sara Ali Khan as the female lead was a blockbuster hit. The film minted Rs 240.22 crores at the Box Office.

The cop-drama film made the fans go gaga, all expecting more creative collaborations between Rohit Shetty and Ranveer Singh. However, it seems like the wish of the fans has come true. The actor-director duo will once again be joining hands for a grand comedy venture.

Filmmaker Rohit Shetty is wanting to come up with a script outside both his cop and Golmaal franchise. The ace director gained his pace back amid the coronavirus lockdown and thus this idea emerged. He has approached Ranveer Singh with this idea of comedy-drama and reportedly the actor has given a positive nod.

As per the sources close to the development director Rohit Shetty is looking to step outside of his cop and Golmaal franchise.

The lockdown gave Shetty the much-needed break to work on a comic script. It reportedly stands out from the rest of his movies.

Rohit Shetty has allegedly done with narrating the story to Ranveer. The actor has shown excitement to be working in a comedy film with the ace director. The confirmation about the news is yet to come but Ranveer Singh is reportedly on-board for the grand comedy movie.

However, there is a piece of sad news for the Golmaal franchise fans. Ajay Devgn is busy completing shoots for projects that have been put on hold due to the lockdown. Hence, he is not free for the coming six months.

There were plans to start shooting for Golmaal 5 after wrapping up the shoot for Sooryavanshi. Alas, these plans will now not workout. Still, the makers are aiming to release Golmaal 5 in Diwali 2021.

Keeping it all aside, fans are eagerly waiting to see how Ranveer Singh and Rohit Shetty’s comedy-drama film will turn out.