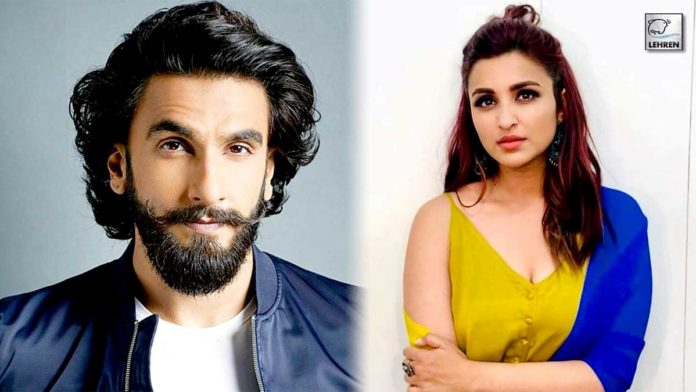 After being in association for 2 decades Ranveer Singh has parted ways with the YRF talent agency. This comes days after Parineeti Chopra broke ties with Aditya Chopra led casting company. Both actors kickstarted their acting careers with the talent management agency, Yash Raj Films Talent.

Ranveer Singh bagged his debut Bollywood film Band Baja Barat under the banners of Yash Raj Films. Parineeti Chopra too started her Bollywood journey with YRF’s Ladies vs Ricky Bahl. According to a reliable industry source, both actors have amicably parted ways with the YRF talent agency.

The source informed Indian Express, “YRF will always be home for Ranveer Singh. Aditya Chopra picked him as a newcomer. He has since become one of the biggest superstars in our country. Ranveer Singh and Aditya Chopra will continue collaborating on films in the future just as they have done in the past.”

An insider told Pinkvilla, “Ranveer was being managed by YRF’s talent management agency and they have now amicably decided to part ways in this regard. Ranveer and YRF will continue to collaborate together creatively as and when they can come together for an exciting project. The relationship between Ranveer and YRF has always been and continues to be one of immense mutual respect and affection.”

On the work front, Ranveer Singh’s last movie with YRF’s was Jayeshbhai Zordaar but that performed poorly. He is now all set to appear in Rohit Shetty’s Cirkus that will release on 23rd December 2022. In the pipeline the actor also has Karan Johar’s directorial Rocky Aur Rani Ki Prem Kahani.

Meanwhile, Parineeti Chopra is gearing up for the release of her upcoming film Uunchai. The family entertainer is a tale of friendship between Amitabh Bachchan, Anupam Kher and Boman Irani. Directed by Sooraj Barjatya and produced under Rajshri Films banners Uunchai will release on 11th November 2022.