Ranbir Kapoor’s First Look As Shiva From Brahmastra Is Out, Watch Video! 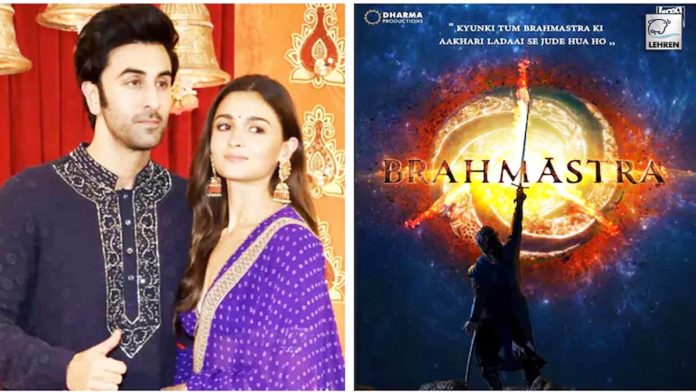 Amitabh Bachchan has shared the first glimpse of Ranbir Kapoor as Shiva from the upcoming film Brahmastra.

It’s hard to keep calm as the much-awaited mythological film ‘Brahmastra’ is gearing up to reach the theatres. Actor Amitabh Bachchan has shared the first motion teaser of the film that gives us a glimpse of Ranbir Kapoor as Shiva.

Sharing the post, Amitabh Bachchan wrote in the caption, “Our journey of sharing Brahmāstra with the world is finally beginning! Love .. Light .. Fire .. Brahmāstra Motion Poster out tomorrow .. #brahmastra @brahmastrafilm.”

This film has been in making since four years and fans have been eagerly waiting to witness the magic that Ayan Mukerji has created with his much-ambitious triology, Brahmastra. The film stars Ranbir Kapoor, Amitabh Bachchan, Alia Bhatt, Nagarjuna, Mouni Roy among others.

Check Out: Miss Universe Harnaaz Sandhu Looks So Simple In Throwback Pics From 2018