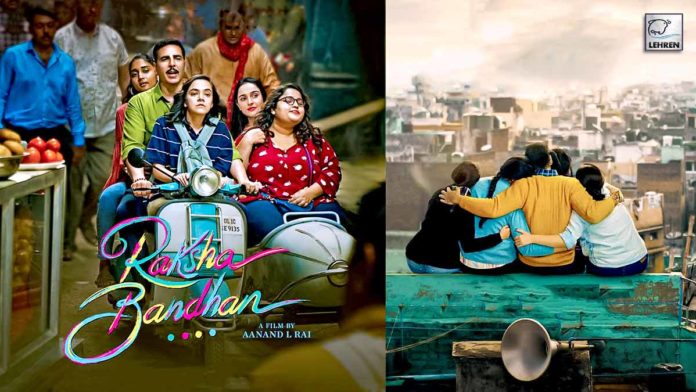 The wait is over check out the fun-filled trailer of Akshay Kumar and Bhumi Pednekar's upcoming film Raksha Bandhan.

Raksha Bandhan Trailer Release: The wait is over as Akshay Kumar’s much-anticipated film ‘Raksha Bandhan’ trailer is out now. The film features Akshay Kumar as a brother of four sisters along with Bollywood actress Bhumi Pednekar who will be seen playing his childhood love in the film. Check out the comedy-drama trailer-

The trailer of the film features Akshay Kumar as the brother of four sisters who runs a gol gappa shop, while on the other hand Bhumi Pednekar who will be seen collaborating with Akshay for the second time after the film Toilet: Ek Prem Katha will be seen as the childhood love of the actor in the film. While Bhumi Pednekar awaits to marry Akshay Kumar since he is bounded with the commitment of getting his sisters married before his own.

The comedy-drama trailer features the struggle of Akshay to gather funds in order to get his sisters married into good families. Actor Neeraj Sood and Seema Pahwa will also be seen in the movie. Neeraj Sood will be seen playing the father of Bhumi Pednekar who wants to get his daughter married before his retirement so he gives Akshay a time period of 6 months. While Seema Pahwa will be seen playing a marriage broker. Check out the trailer here-

The film is a story of love, joy, family, and the unbreakable bond between four sisters and their brother that binds them. Akshay Kumar’s Raksha Bandhan will be a comedy-drama film that revolves around the love and attachment between brother-sister, the film also stars Bhumi Pednekar. The film is directed by Aanand L. Rai. While this will mark the second collaboration of Akshay Kumar and Bhumi Pednekar on screen, the duo was earlier seen in the film ‘Toilet: Ek Prem Katha’. The film will release on 11th August 2022. Raksha Bandhan will see a direct box office clash with Aamir Khan’s upcoming film Laal Singh Chaddha.