Rajkumar Santoshi Reacts To Clash Between Pathaan And Gandhi Godse 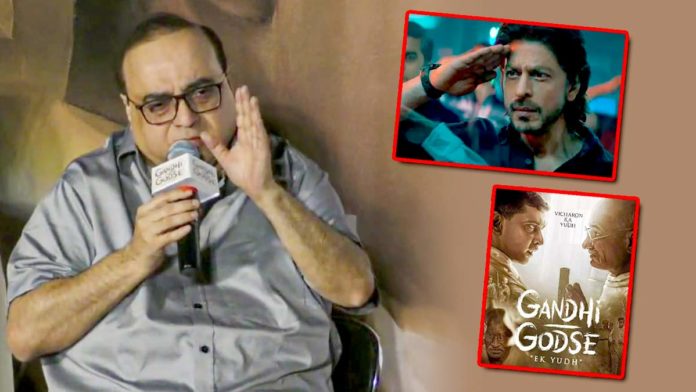 Director Rajkumar Santoshi is making a comeback after 9 years. His last release was 2013 film Phata Poster Nikla Hero featuring Shahid Kapoor. And in 2023, he is all set to release a film titled Gandhi Godse: Ek Yudh. The film is slated for theatrical release on 26 Jan. It is clashing with Shah Rukh Khan’s Pathaan on Republic Day that will hit the screens on Jan 25.

Reacting to the clash, Rajkumar Santoshi said, “Firstly, I want to erase 9 years of my gap from the industry. Secondly, Shah Rukh Khan is a phenomenal artist. He is a very respected star of the industry and I know him very well. He is a hard working person. I wish the best for his film. Yash Raj is a very reputed banner and they are coming with a very ambitious film. Their film has its own fan following. People will watch it. Our film is for a specific niche who take interest in such topics. Ours is not a song and dance kind of film. It is very different. I am not worried about the clash. My focus is on my film. I recalled the Pathaan release only after you mentioned.”