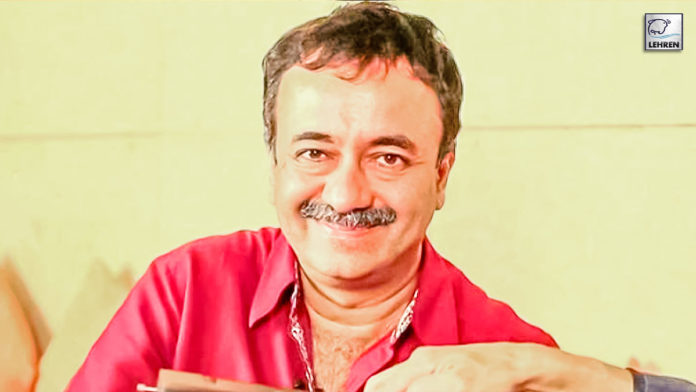 Let us have a look at the five movies that defined the master director. Movies that made Rajkumar Hirani one of the most sought-after directors in Bollywood.

One of the most admired and successful storytellers of Hindi cinema, Rajkumar Hirani is perhaps credited to be the only filmmaker of Hindi cinema with a 100 percent success rate. Though he has directed only 5 films so far in his prolific journey, his vision and storytelling style has revolutionized and changed the dynamics of filmmaking in India thereby earning him huge admiration from the audience, industry, and critics alike.

As the filmmaker turns a year older today, we take a look at his 5 box office blockbusters:

1. Munnabhai MBBS (2003)
His debut film itself starring Sanjay Dutt, Arshad Warsi, and Vidya Balan earned him the tag of a master storyteller. Not just did the movie go on to become one of the biggest grosser of that year but the lovable characters of Munna and Circuit became household names. The comedy-based drama was a funny take to create awareness of the righteous principles of Mahatma Gandhi.

2. Lage Raho Munnabhai (2006)
The sequel to Munnabhai M.B.B.S featured the same actors in leads like the first part, which was well-received by the audience and shared a social message.

3. Idiots (2009)
Touted as one of the top 10 and most path-breaking films of Hindi cinema, 3 Idiots is like a syllabus to any engineering college student. Based on the face-paced competition in real life and education, 3 Idiots was fun and entertaining with a heartfelt social message.

4. PK (2014)
Post the humongous success of ‘3 Idiots’ Raju Hirani collaborated with Aamir Khan yet again for an interesting and hatke story about a man, an alien, from a different dimension alarming the people of Earth about the malpractices in the name of religion and God. The film also featured Anushka Sharma and the late actor Sushant Singh Rajput.

5. Sanju (2018)
One of the highest grosser of that year, Sanju brought together Hirani and the versatile Ranbir Kapoor for the first time, portraying the role of the veteran actor Sanjay Dutt on-screen. A heart-touching narrative also featured Vicky Kaushal and Anushka Sharma, the film won many awards for the plot, as well as brought immense recognition to Ranbir.