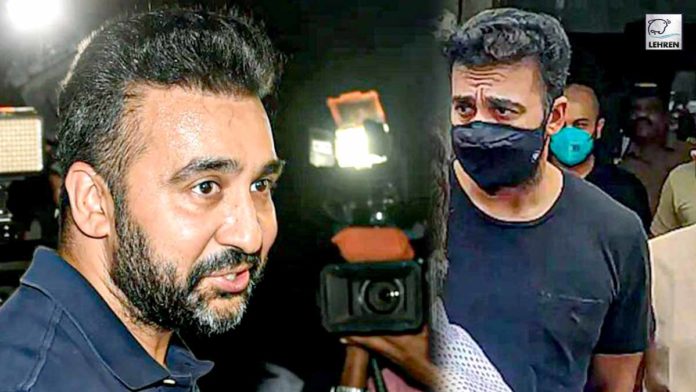 Since the last year, Shilpa Shetty and her husband Raj Kundra has been facing various problems in their life. After Raj Kundra was arrested last year for allegedly producing pornographic content and uploading it on an app, Shilpa and her family have been in trouble. The actress’s husband was released from jail after staying behind bars for two months. After the release of her husband, Shilpa had a sigh of relief but now it seems that the problem has not finished yet. Yesterday there were reports that Raj has been booked by the Enforcement Directorate (ED) for a money laundering case.

Now, giving clarifications, Raj Kundra’s lawyer has issued a statement about the same. Advocate Prashant Patil said, “We have not received any official confirmation from the Enforcement Directorate regarding any ECIR filed in the said case against my client, Mr. Raj Kundra. However, if the media reports about ED taking up the matter are true then my client has to cooperate with the inquiry conducted by ED regarding the said matter.”

Clarifying the information, Patil further stated, “The predicate offence registered by Mumbai Police has culminated into a charge sheet and is pending before the Court. The said predicate case does not carry any allegations of proceeds of crime. There are no allegations by the Mumbai police in the entire charge sheet which may attract the provisions of the Prevention of Money Laundering Act. In whichever case, we have complete faith in the investigation, and we shall cooperate with the investigation to the best of our ability.”