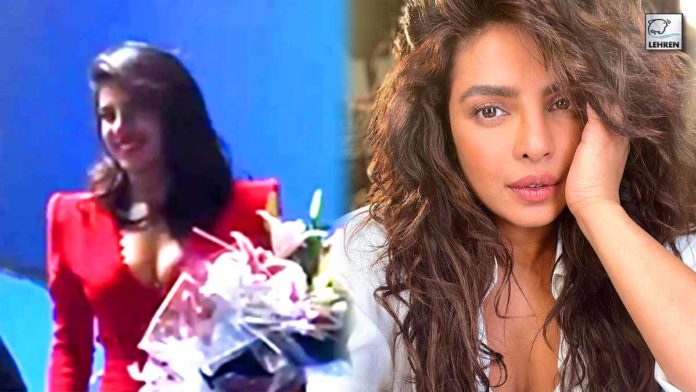 Priyanka Chopra wraps up her shoot for her upcoming film Citadel and shares a video on her Instagram account.

Bollywood actress Priyanka Chopra has completed the shoot of her upcoming film Citadel. Bollywood’s desi girl recently shared a video updating her fans about her wrap for the film. The actress has been shooting for the film in Atlanta for quite some time now.

Sharing the video Priyanka wrote, “Now that’s a ride🔥… thank you @nickjonas always helping with my cool quotient”. Bollywood actress Priyanka Chopra recently shared a video, featuring Priyanka on the sets of Citadel on her first day. In the video She could be seen wearing a red dress, receiving a bouquet of flowers. Later in the video, the series features the actress driving her to ride on the sets, while her pet Diana also accompanied her on the way. The video also features the studio with glimpses of Priyanka’s chair with her name on it and her vanity van.

Recently the actress shared a glimpse of her look as she took to her Instagram story and shared a selfie sporting a very bloody face following another fight scene on set on Thursday. The actress had blood dripping down the side of her face in the scary selfie. The Matrix Resurrections star was wearing a pair of red trousers and a semi-sheer blacktop in a snap as she shot scenes for the upcoming Amazon Prime series. The scary selfie comes just days after she shared a snap of herself looking bruised and battered. She took to Instagram and showed off the makeup she was wearing for the scene, which included fake blood and bruises.