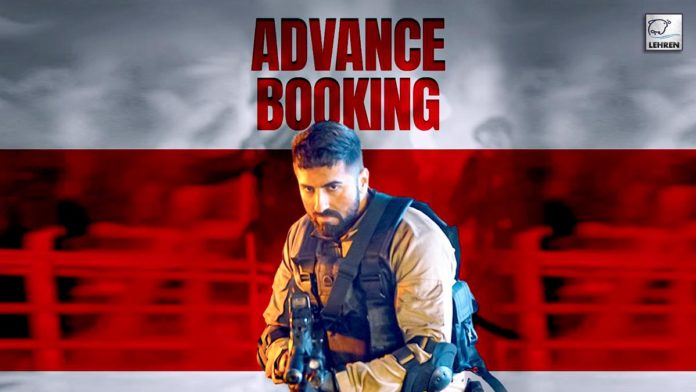 Ayushmann Khurrana starrer ‘Anek’ gears up to hit the theaters on 27th May 2022. The advance booking of the film has opened with the film just a week away from its release. This comes as a piece of great news for cinema enthusiasts and Ayushmann fans who are eagerly waiting to watch the film in theaters. In the lead Anek features Ayushmann Khurrana and Andrea Kevichüsa.

The makers of the movie opened the pre-booking of the film a week before the release. The highly-anticipated movie of 2022, ‘Anek’ is a political action thriller. With this movie, Anubhav Sinha and Ayushmann Khurrana again joined hands after Article 15, which was the biggest hit and eye-opening for the Indians. Another collaboration of the actor-director duo is also expected to enlighten the citizens of the nation.

The trailer was dropped two weeks ago on 5th May attracting the audience to its interesting story on India. Elevating fire in Indians catchphrase – ‘Jeetega Kaun? Hindustan’ became popular after the trailer release. Anek is jointly produced by Bhushan Kumar’s T-Series and Benaras Mediaworks.

One of a kind trailer unveils the character of Joshua aka Ayushmann Khurrana, who is on his biggest mission as an undercover agent. Mr. Khurrana who is known for content-driven roles is all set to entertain his fans again on the 27th of May.

Anek holds an untold story of an undercover cop set against the geopolitical backdrop of North East India. In the action-thriller about a rebellion, Ayushmann plays the role of an Indian who wants nothing more than peace for the nation. It is believed that the movie will open the door for a new engaging conversation in the country.

Anek is produced by Bhushan Kumar, Krishna Kumar, and Anubhav Sinha under the banner ‘A Benaras Mediaworks production.’ Much-awaited film Anek will hit the big screens on 27th May, however, pre-booking has started. If you haven’t booked the ticket we recommend you to book it before the seats go sold out.

On the work front, Ayushmann Khurrana has ‘Doctor G’ in the pipeline directed by Anubhuti Kashyap, and produced by Junglee Pictures. This film will also soon hit the theaters as a few days ago shooting wrapped up in Prayagraj. In the lead, Rakul Preet Singh is roped alongside Ayushmann Khurrana who will be seen playing the role of Dr. Uday Gupta. Shefali Shah and Sheeba Chaddha will also be seen in the prominent role.

Also Read: Kanika Kapoor’s Wedding Pictures From Intimate Ceremony In London Are Out