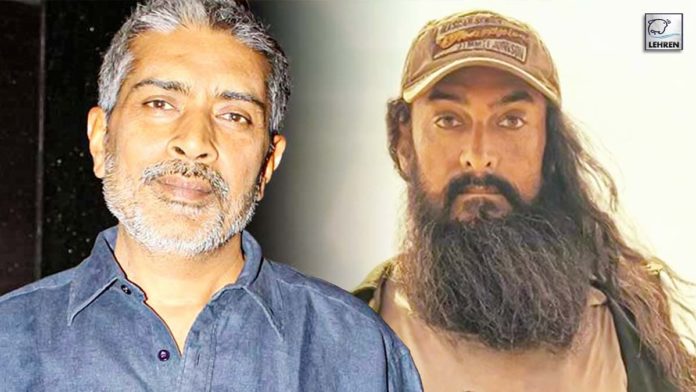 Filmmaker Prakash Jha has shared his thoughts on the failure of Laal Singh Chaddha, says boycott has not affected the performance

Aamir Khan’s Laal Singh Chaddha was touted to be one of the biggest films of the year but it failed terribly at the box office. The film struggled a lot at the box office to get the audience to theaters but eventually, all the promotion tactics failed as shows of the movie were canceled. Filmmaker Prakash Jha has shared his thoughts on the failure of Laal Singh Chaddha.

It is said that the boycott Laal Singh Chaddha trend worked as an added factor in the low performance. However, Prakash Jha doesn’t agree to this, he believes poor content didn’t help at the box office. Also, he has not met anyone who praised the film. Prakash Jha has recently delivered the third season of the hit web series Aashram. He will next play a role in Matto Ki Saikil. During the promotional event of his upcoming film, the filmmaker spoke about Laal Singh Chaddha.

Prakash Jha said, “It is being said that Aamir Khan’s film was boycotted on social media. If he had made Dangal (2016) or Lagaan (2001) and then the film hadn’t done well, then we would have understood that it happened because of the boycott. But you have made such a film that majority of those who have seen it aren’t praising it. I am yet to find someone who has said, ‘Wow, what a film it was.’”

He further shared appreciation for Aamir Khan regarding his hardwork for the film. “I agree you have worked and tried hard but when there is no such factor in your content, you can’t say it didn’t do well because of the boycott.”

Aamir Khan and Kareena Kapoor Khan starrer Laal Singh Chaddha fell flat at the box office. The film failed miserably to make remuneration as shows went empty and were later canceled. After receiving disappointment in theaters the movie also struggled in getting digital rights. However, the film is now sold to Netflix at a lower deal of 90 crores. The Hindi remake of Forrest Gump will premiere on Netflix after completing eight weeks in theaters.