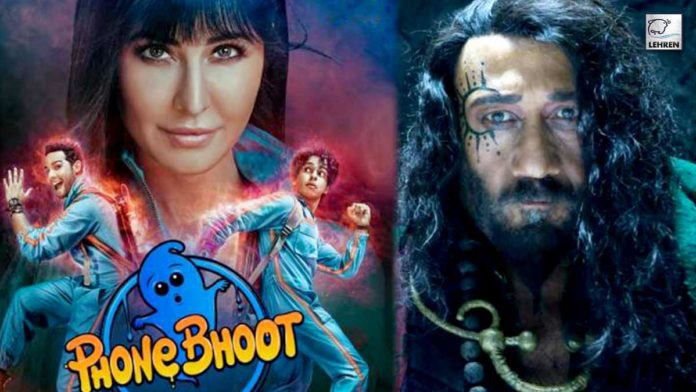 Phone Bhoot Box Office Collection: Gurmmeet Singh’s much anticipated directorial Phone Bhoot starring Katrina Kaif, Siddhant Chaturvedi, and Ishaan Khatter was released on 4th November alongside Janhvi Kapoor starrer Mili and Huma Qureshi and Sonakshi Sinha starrer Double XL. However, despite opening up to positive reviews from the netizens, the horror-comedy film started unexpectedly low at the box office on its opening day. However, now the film has finally crossed the 10cr mark at the box office. Here’s how much Phone Bhoot earned so far at the box office-

Phone Bhoot is a horror comedy film starring Katrina Kaif, Siddhant Chaturvedi, and Ishaan Khatter. While Katrina plays the role of a funky and cool ghost, Siddhant and Ishaan on the other hand will be seen playing the funny “ghostbusters” in the horror-comedy film. The film also stars Jackie Shroff who will be essaying the role of the antagonist in the film.

The film received a positive response from the netizens after its release, however, despite opening up to positive reviews the film failed to earn decent earnings at the box office on its opening day. Katrina Kaif-Siddhant Chaturvedi and Ishaan Khatter starrer horror-comedy film earned 2.5 crores on its opening day.

The film later saw a jump at the box office during the weekend as it earned a total of 2.75cr on Saturday and 3.5cr on Sunday. While as per a Sacnilk report the horror comedy film earned 1.50cr on Tuesday the film has now crossed the 10cr mark with its gross collections and now stands on a total of 10.69 cr.