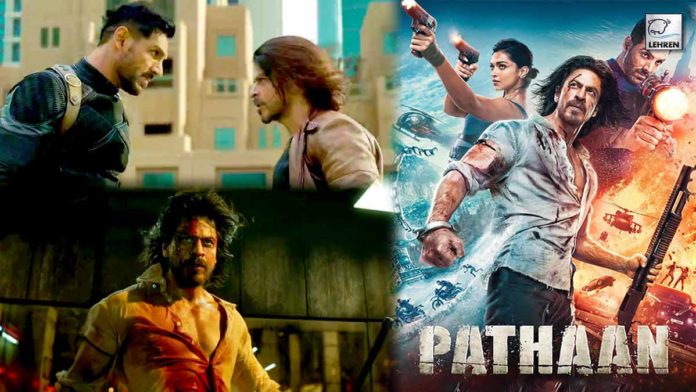 The highly anticipated teaser of the much-awaited movie Pathaan has been released today.

The highly anticipated teaser of the much-awaited movie Pathaan has been released today. Makers unveiled the Pathaan teaser as a treat to SRK’s fans on his 57th birthday. Shah Rukh Khan turned 57 on 2nd November 2022 and dropped a clip from his upcoming movie on this special occasion. So far the film has gained global attention with every update, be it the title or the first look of the characters.

Yash Raj Films who have bankrolled Siddharth Anand’s directorial project shared the teaser video on the official Instagram handle. The caption read, “A special surprise for a very special day! #PathaanTeaser is here Celebrate #Pathaan with #YRF50 only at a big screen near you on 25th January, 2023. Releasing in Hindi, Tamil and Telugu.”

The first look of Shah Rukh Khan from Pathaan was released when he completed his glorious 30 years in Bollywood. The teaser promises the film to be a Bang On. In a minute-long glimpse of the movie Shah Rukh is seen performing some high-octane action stunts with a bloodied look. Deepika plays the female lead while John Abraham is seen in biker avatar firing guns as he plays the antagonist.

Alongside Shah Rukh Khan, the action thriller movie also stars Deepika Padukone and John Abraham in the lead role. Deepika too took to her social media account writing,  We’re just getting started! #PathaanTeaser OUT NOW! #Pathaan releasing #25thJanuary only at a cinema near you! In Hindi, Tamil and Telugu.”

SRK who is celebrating his 57th birthday uploaded Pathaan teaser video and poster as a gift for his fans. Elated for the release Badshah of Bollywood asked viewers to tie up their seat belts. In the next post as he shared the poster King Khan wrote, “And it begins! Celebrate #Pathaan with #YRF50 only at a big screen near you on 25th January, 2023. Releasing in Hindi, Tamil and Telugu.”

Pathaan is Aditya Chopra’s spy universe movie slated to release on 25th January 2023. The movie also stars Deepika Padukone and John Abraham along with Shah Rukh Khan. Salman Khan is said to play a cameo in the movie. Directed by Siddharth Anand the action drama is produced under the banners of Yash Raj Films.