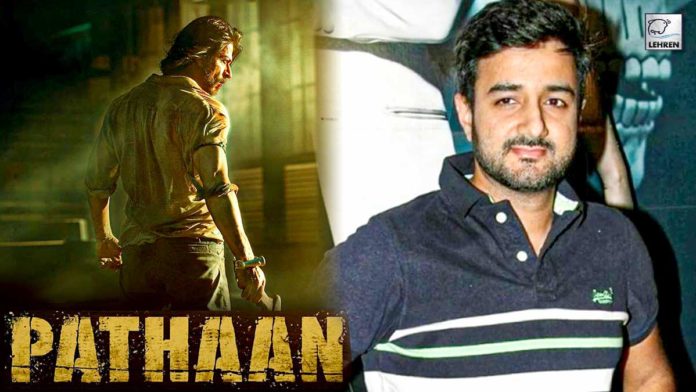 Pathaan is an extravaganza film starring Badshah of Bollywood Shah Rukh Khan, the diva Deepika Padukone, and action hero John Abraham. Shah plays the protagonist, DP has a fiery intense character while John is an antagonist in the film. It is expected to be a visually spectacular film in Indian cinema. Pathaan is directed by Siddharth Anand who is having an excellent birthday this year.

The actioner flick director aims to provide a spectacular experience to the audience. Talking about the same, Siddharth said: “It is a very special birthday for me this year as I’m working on one of the most special films of my career, Pathaan. I’m living and breathing Pathaan every moment of my life and I want to give audiences an experience that is spectacular and like no other.”

So far the film has gained global attention with every update, be it the title or the first look of characters. Commenting on receiving the positive response for Pathaan, Siddharth Anand said: “I’m thrilled with the unanimously positive response to every asset of the film that we have launched so far. Starting with the announcement video, to Shah Rukh Khan’s first look in the film, to us unveiling a glimpse of Deepika Padukone. We are fortunate that everything has been loved by audiences. What the audience thinks and feels is of utmost importance to us all and we are happy that Pathaan has started off on such a strong note with them.”

He further added:  “I always endeavour to give audiences a theatrical experience that sets new benchmarks in Indian cinema. We are all working very hard so that Pathaan, hopefully, does the same when it releases on Jan 25, 2023.”

Siddharth Anand’s directorial is produced under the banners of Yash Raj Films. It is slated to release next year around Republic Day on 25th January 2023.