Kriti Sanon’s Sister Nupur Sanon To NOT Debut Opposite Tiger Shroff In Ganpath? 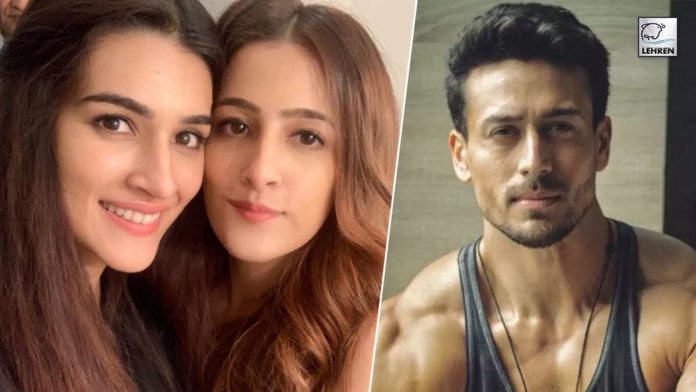 For a while now there has been news about Kriti Sanon’s sister Nupur Sanon stepping into the Bollywood industry. Hearsay even suggests that many well-known filmmakers are showing interest in launching Nupur in the industry. These filmmakers include Aditya Chopra, Karan Johar, and Sajid Nadiadwala. There have even been speculations that Nupur will debut opposite Tiger Shroff in the upcoming movie Ganpath. However, a report suggests that Nupur Sanon will not debut in Bollywood with Tiger Shroff starrer Ganpath.

The sources close to the development have refuted all of it by saying that these are just mere rumours. The sources further say that as of now only Tiger Shroff has been finalised for the movie. The makers are yet rope in a leading lady for the movie. Furthermore, the film being an action-thriller movie the scope of feminine presence will be pretty narrow.

Many reports suggest that Nupur Sanon will debut in Bollywood with Ganpath. The reports read, “Nora has been dropping by the Pooja Entertainment office off late and this has not gone unnoticed by the media. However, contrary to reports of her doing an item number in Bellbottom, Nora has been signed for a full-length feature film. The film in question is Ganpath, and she will be seen playing the second female lead opposite Tiger, while Nupur Sanon has been signed to play the first female lead.”

However, all of these reports have turned out to be baseless. Thus, Nupur Sanon will not make her Bollywood debut opposite Tiger Shroff with Ganpath.

For the unknown, Nupur’s elder sister Kriti Sanon made her debut alongside Tiger Shroff with Heropanti. The 2014 movie did good business at the Box Office. Both the debutants have come a long way since then.

Well, seems like we have to wait for a little more time to see Nupur Sanon grace the big screen with her presence.