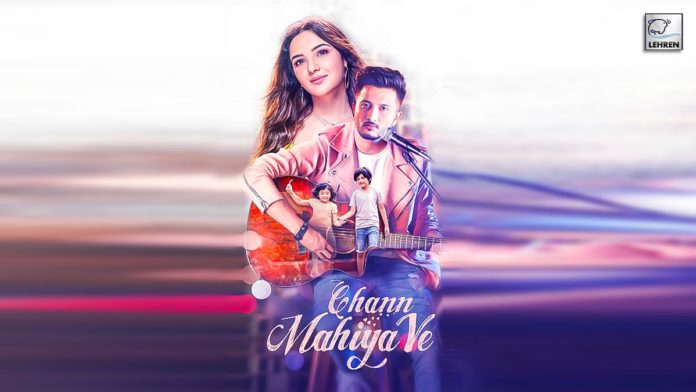 'Chann Mahiya Ve' is a new song released on Blive Music. It is sung by Ishaan Khan and directed by Nadhem Akhtar. The music video is available on Youtube.

“Chann Mahiya Ve”, featuring actress Jasmin Bhasin and singer Ishaan Khan’s music video has been released on BLive Music. “When you fall in love, you fall in forever…”, read the text on the video of “Chann Mahiya Ve”. One can concur with the fact that this beautiful romantic track justifies the aforementioned line completely.

Talking about singing this mellifluous track, Ishaan says, “I fell in love as soon as I heard the track and was extremely excited at the prospect of lending my voice to it. As a singer, I tried my best to bring the emotions in the song to the fore with my rendition. It was great fun shooting for the video with Jasmin. I hope the audience likes our chemistry in the song.”

Featuring alongside Ishaan in the video is popular actress Jasmin Bhasin who is known for her roles in several popular TV series and reality shows. The chemistry which Jasmin and Ishaan share in the video is one of its USPs.

Sharing her excitement over the release of the song, Jasmin says, “These days, people often talk about how young people don’t believe in long-lasting love and are moving from one relationship to another. This song shows that today’s generation still believes in eternal love and is serious about their feelings for their partner. Ishaan is a hugely talented singer and has a great screen presence too. Working with him on the music video was a great experience.”

The song has been vocalized by Ishaan Khan, directed by Nadeem Akhtar, Nitin FCP, and the composition and the lyrics are credited to Chandan Saxena. Music has been arranged and produced by Yash Tiwari and the music video is produced under the label of BLive Music and Varsha Kukreja. The track has been created by Mahesh Kukreja and presented by BLive Music, Sanjay Kukreja and Remo D’Souza.

BLive Music, as a label, is known for promoting great quality songs by some of the best independent artists in the music industry. Some of the recent hits released by the label include ‘Dard Tere’ by Siddharth Nigam and ‘Bachpan’ by Abhinav Shekhar. With “Chann Mahiya Ve”, the label has given those anxiously waiting for a soulful romantic track, a heart-rending melody to hum and remember.