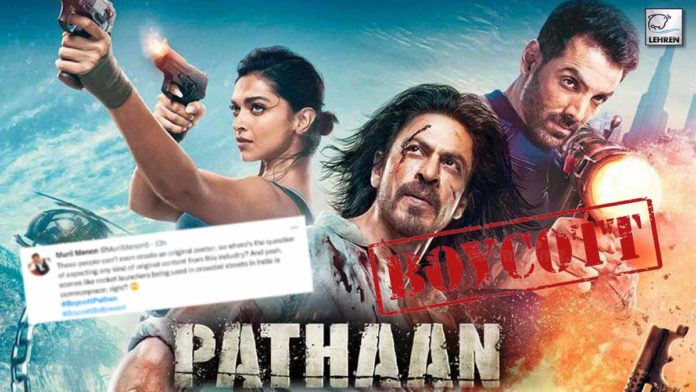 Pathaan: The much-anticipated teaser of Shah Rukh Khan and Deepika Padukone’s upcoming film Pathaan was released on 2 November. The teaser was specially released on Shah Rukh’s 57th birthday anniversary. However, just a few hours later the netizens started a boycott trend against the film on Twitter. In some viral tweets an old interview of Shah Rukh on “growing intolerance” had now been making rounds on the internet.

Just hours after the teaser release of Shah Rukh Khan’s film Pathaan, netizens started sharing an old interview video of the actor in which the actor was seen passing a statement of growing intolerance in India. While a segment of netizens also pointed out Sushant Singh Rajput’s death blaming the industry for the same and asking people to boycott big names like Salman, Aamir, Akshay, and now Shah Rukh.

For the unversed, earlier Aamir Khan’s film, Laal Singh Chaddha faced the extreme wrath of the netizens after the boycott trend surfaced on the internet. One of the major reasons that contributed to the failure of the film was the cancel culture. And now these boycott trends are targeting Shah Rukh Khan’s upcoming film Pathaan. More than 45k tweets have been shared under the same trend.

Sharing the trend a user tweeted, “Glorifying a group of people called Pathans who are nothing but glorified child molesters. Unke Khoon main laundebaazi hai. I am sick and tired of the usage of Pathan, Sultan, good old Rahim chacha, Sufi music, Maula, etc. It’s done. Boycott this nonsense,”.

Here are some most viral tweets on the boycott Pathaan trend-

Pathaan is a spy universe action film directed by Siddharth Anand. Headlined by Shah Rukh Khan the film also stars Deepika Padukone and John Abraham. Bankrolled by Aditya Chopra the film is produced under the banners of Yash Raj Films. Pathan will take up to theaters during Republic day next year on 25th January 2023.