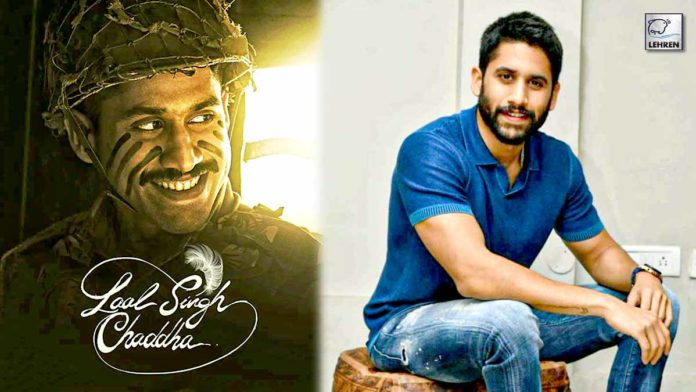 Naga Chaitanya has entered Bollywood after shying away from Hindi movies. He actively rejected Bollywood offers for not having a strong dialect of the Hindi language. However, he later agreed to make his Bollywood debut giving his disclaimer of poor Hindi to the makers. Naga Chaitanya is debuting with Laal Singh Chaddha playing a character that is inspired by his grandfather.

With not having a great hold on Hindi, Akiineni accepted his first Bollywood movie as his character belongs to South. He will play the role of Balaraju in the film starring Aamir Khan who will play Laal Singh Chaddha. It is reported that Naga Chaitanya’s character Balaraju is inspired by his grandfather.

On being asked how his character name got inspired by his grandfather, he said, “When I first cast for the film, I had no character name or where he came from. Advait, Aamir sir, and I jammed on many names. We casually decided on Balaraju but someone told me that my grandfather’s film Balaraju was a blockbuster Telugu film in the 1940s. It was such an iconic film for me to have a name like this in my Bollywood debut. It wasn’t planned anyway.”

Further, he spoke about if he is nervous to carry the pressure of the huge legacy. He said: “It is itself a lot of pressure but I want to accept the fact now since I have done a film with Aamir sir. I want Laal Singh Chaddha to work for me since it might change a lot of things in my career. I want to capitalize on the exposure I will get from this film.”