Mumtaz Opens Up On Why She Didn’t Marry Shammi Kapoor 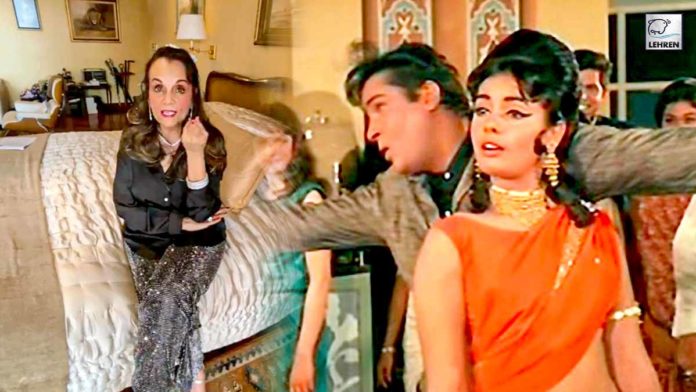 Bollywood veteran actress Mumtaz opens up on why she didn't marry actor Shammi Kapoor, she said, "He wanted me to give up my career and I was just 17 at the time.”

In a recent live interaction with fans, Bollywood veteran actress Mumtaz opened up on why she didn’t marry actor Shammi Kapoor and said, “He wanted me to give up my career and I was just 17 at the time.” Mumtaz is likely to feature in Sanjay Leela Bhansali’s digital debut, Heeramandi.

Mumtaz Opens Up On Not Marrying Shammi Kapoor

Bollywood veteran actress Mumtaz recently did a live chat session for her fans on social media during which a fan of the actress her about why she did not marry actor Shammi Kapoor, to this Mumtaz, replied and said, “Come on! You know why I did not marry him. Do you want me to repeat it? He wanted me to give up my career and I was just 17 at the time.”

Apart from this the actress also opened up about her much-taled-about digital debut with Sanjay Leela Bhansali, she said, “He presents women like fairies, he knows how to present artist. He is an amazing director and producer. ”

Apparently, Mumtaz is rumored to feature in Sanjay Leela Bhansali’s digital debut, Heeramandi. Meanwhile, on being asked to confirm the news about whether she will star in the upcoming Netflix original, Mumtaz said, “Ask the filmmaker. I cannot answer this question.” She further asked her fans, “If you want to see me, ask the producers and filmmakers why don’t you take Mumtaz? What is the problem? And then even if they give me a role, it has to be something I like.”

Meanwhile, the veteran actress Mumtaz turned 75 on July 31. She celebrated her birthday with her husband, daughters, and grandkids. The close-knit celebration was held in Uganda and Mumtaz received an expensive gift from her husband, Mayur Madhvani. She told ETimes, “He has given me practically everything in life. But if you are asking about today’s birthday, he has gifted me the latest model of a Mercedes. Plus, jewelry.”