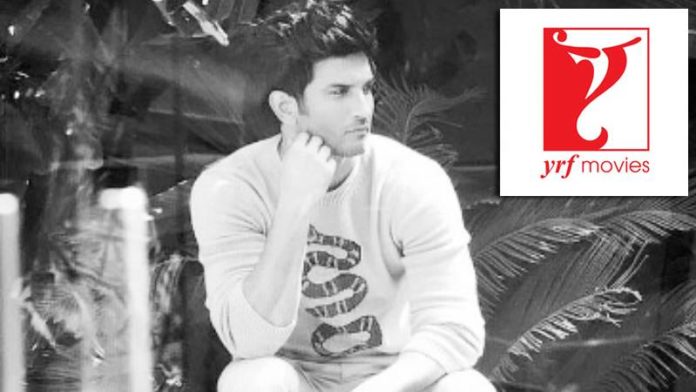 The sudden demise of actor Sushant Singh Rajput sent emotional shockwaves across the nation. The Kai Po Che actor died of suicide on Sunday, June 14, 2020, and his dead body was found at his residence in Mumbai. The late actor reportedly did not leave a suicide note. Currently, the Mumbai Police is conducting an investigation regarding his death and they have recorded statements of over 13 people.

Meanwhile, the recent update in the investigation states that Mumbai Police has demanded Yash Raj Films’ (YRF) to submit contract copies with Sushant Singh Rajput. The late actor has reportedly signed three films with YRF including the 2013 film Shudh Desi Romance and the 2015 film Detective Byomkesh Bakshy and Paani. Shekhar Kapur helmed Paani was later shelved post it was announced at the Cannes Film Festival.

A couple of days back politician Sanjay Nirupam had claimed that Sushant lost 7 films in the past 6 months after the success of 2019 movie Chhichhore. Not only that but after the news of Sushant’s demise broke out, netizens flooded social media platforms talking about how the Raabta actor felt left out in the industry.

Mumbai Police has recorded over 13 statements including his family and rumoured girlfriend Rhea Chakraborty. The statement of his best friend Mahesh Shetty also has been recorded. Filmmaker and close friend Mukesh Chhabra is among others whose statement has been recorded for further investigation into the case.

Post the protests and candlelight march in Patna, a case has been filed against 8 people including Bollywood biggies like Salman Khan, Karan Johar, Sanjay Leela Bhansali, and Ekta Kapoor.

Speaking of Sushant Singh Rajput, his last rites were performed on June 15 and his ashes were immersed in the Ganga river yesterday (June 18, 2020).