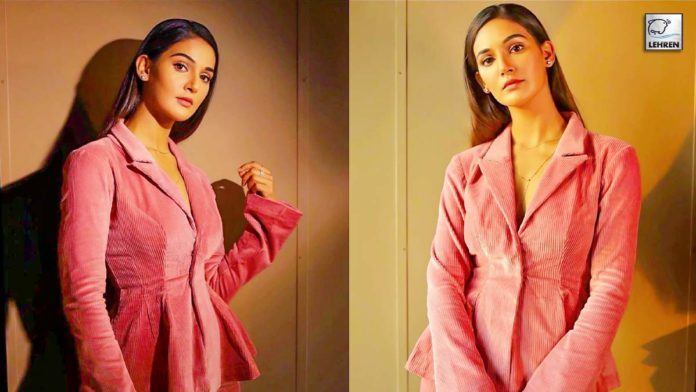 Actress Mukti Mohan is all set to feature in a romantic comedy "Ishq Chakallas" alongside Grahan actor Anshumaan Pushkar.

Actress Mukti Mohan is all set to feature in a romantic comedy “Ishq Chakallas” alongside Grahan actor Anshumaan Pushkar. Previously, she was seen in shows like “Jhalak Dikhla Jaa”, “Fear Factor: Khatron Ke Khiladi”, along with a few films and web shows and also will be seen in a Netflix film.

Sharing her excitement about working with the director and producer she tells, “Absolutely very excited! We all align on one thing and the most crucial thing; that is ‘the storyline is the king!’. It’s how we’re telling the story that matters for all of us. And we can’t wait to share it with our dear audience to see how crazy this world can get, how two unlikely people fall in Ishq in the middle of chakallas. Ashok Sir and Kevin Sir believe in the story, cast, and our Ishq Chakallas team 100%, and so do I. The more I dive into the process It seems like a dream to be working with such freedom, love, and amazing people.”

Spilling beans about her role Mukti says, “Honestly this is quite a fresh and fun character. I know it would be a challenging task and I am always geared up for challenges. I’m depicting something unique in this film where there is a lot of Chakallas which means commotion and madness and then there’s love in between boiling in that situation. Unfortunately, I can’t reveal much, but for starters, the character is quite smart who gets caught up in a crazy situation.”

Talking about the film she says, “Ishq Chakallas according to me is all about a love story between two individuals who manage to discover love in the most confusing of situations. Until there’s a paradox in a story, there’s no fun I believe. So one thing I am sure about is, it’s a film that the masses will definitely enjoy. It’s a romantic comedy and the most important thing to celebrate about this movie is it will get a theatrical release. It has dance, drama, romance, comedy, and satire.”

Lastly, sharing her excitement to work with an ensemble cast she says, “I am very excited as they all have a lot to offer and I’m looking forward to working with them. The audience should be prepared for surprises. Like I said before, this film is exploring love in a very different and authentic shade.”