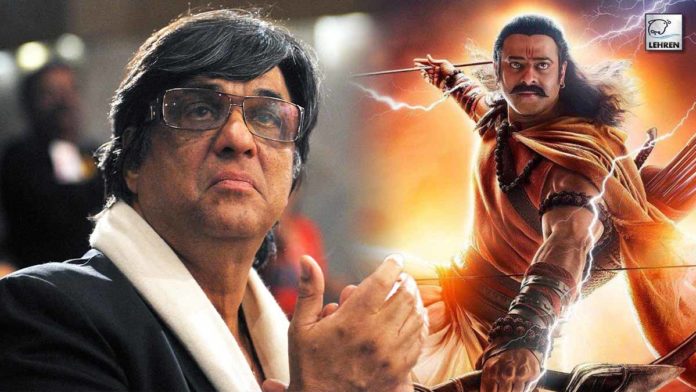 Mukesh Khanna reacts to Om Raut's film Adipurush and says that the film won't work on the big screen as the concept goes against the faith of the public.

Adipurush: On 2nd October the makers of Prabhas and Kriti Sanon starrer Adipurush unveiled the teaser and the first poster of their film in Ayodhya. However, the teaser of the film was brutally criticized by the netizens for Saif Ali Khan’s Islamic look and unconvincing VFX. Reacting to the same Mahabharat actor Mukesh Khanna has now also shared his reaction to the film and claimed that the film won’t work on the big screen as the concept goes against the faith of the public.

He added, “You call the film Adipurush, you may tell me that it is the story of a man from the stone Age. Why do you have the title of Ramayan then? We had a huge beard for Bheeshma Pitamah (Mukesh Khanna’s role in Mahabharat), you cannot simply show him as a clean-shaven man. Let me tell you that such a film will not work because you want to use the faith that the audience has in Ramayan but you also challenge the faith,”

He further added, “The looks of (characters from the) Ramayan and Mughal looks cannot be compared. Are you making fun of it all? Pardon me for saying it straight, but the film will not work. Only VFX or investing ₹100- ₹1000 crore in a film cannot make Ramayan. It will be based on the values, and performances. You cannot use looks from Avatar and say we are making Ramayan.”

Check Out: Adipurush Director Om Raut Says He Is “Disheartened” With The Teaser Response