Mrunal Thakur Opened Up On Her Struggle From Television To Bollywood 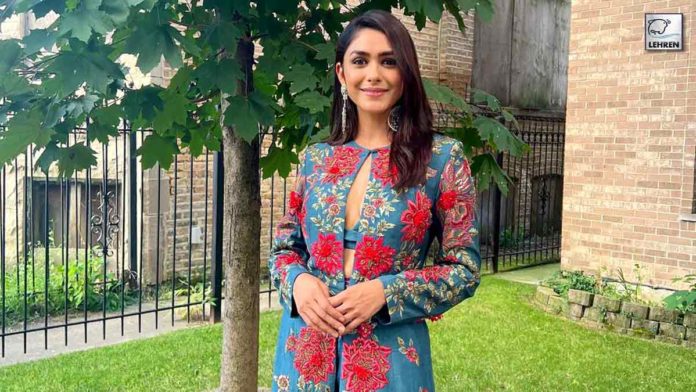 Mrunal Thakur has created her presence in the industry coming from the television. Before making her name in Bollywood she acted in the television show Kumkum Bhagya and appeared in advertisements. She then progressed to the big screens with her Hindi debut Love Sonia. Mrunal thinks that this movie was her turning point and she decided to make her career in films when she was told to remain a small screen actor.

Mrunal is now a promising actor in Bollywood adding movies such as Batla House, Super 30, Jersey, Dhamaka, and Toofaan to her credits. She has also explored regional cinema in Telugu and Marathi language which was her first step in films after small screens. Her latest film and debut in the Telugu language was Sita Ramam with Dulquer Salmaan.

Talking about her struggle from television to films she said, “there were times when I was told that I was good for television only and can’t become a Bollywood actor. Also, there was a stereotype that television actors can’t move to Bollywood. I just wanted to break this stereotype. I felt films were something that I was meant for.”

She added, “I almost got locked for a film, but it did not happen. And I realised that nothing will happen. There was a message in my inbox that I ignored because I was supposed to do this film but when it did not happen, I just got back to that person. I told him if the role was still available, I would like to audition. And he said yes and this is how I got Love Sonia. It is interesting how Love Sonia changed my image. People were like, ‘we did not really recognise you’.”

The Jersey actor also revealed that she aimed to become a dentist until the 12th standard but later, she realized that she wanted to do something different and creative. Mrunal said, “I took the medical entrance exam and scored really well and this was the reason why my parents became disappointed when I told them I did not want to be a dentist. When they did not accept my decision, I made them watch 3 idiots film and made them understand how important it was for me to follow my dreams.”

On the work front, Mrunal Thakur was last seen in Sita Ramam opposite Dulquer Salmaan. He also featured alongside Shahid Kapoor in the Bollywood film Jersey.