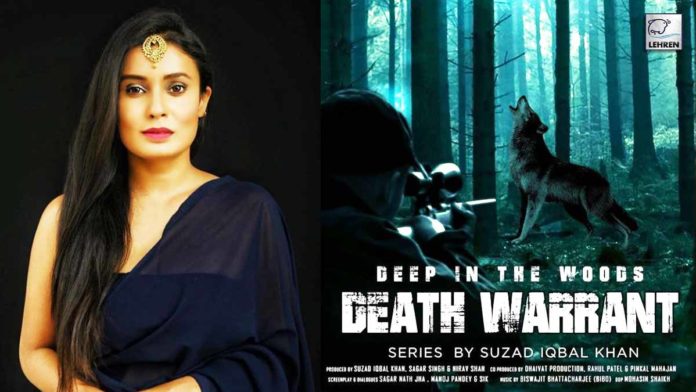 'Deep In The Woods Death Warrant' is an intriguing web series streaming on Hungama Play and MX Player.

Actress Monika Chowdhury is known for her work in films like ‘Anarkali of Aarah’, ‘Kaanchli’, ‘Ek Battey Do’ and web series like ‘Bicchoo Ka Khel’. Recently, her project ‘Deep In The Woods Death Warrant’ has been released on Hungama Play and MX Player. The web series is being well received by the audience.

Monika has been applauded for her performance in the show. Talking about the web series and her character, Monika said,” I am playing the character of Priya, who is a lovely girl and has a small family consisting of a loving husband and a sweet little child. She has a happy family but time changes and this happy family breaks. For the rest of the story, you have to watch the series.”

On being asked about why she chose the script, she said, ” Firstly, the role was something which was very different from my past works and I always wanted to do such a project. It was so good that I don’t think anyone would say no to this script. I firmly believe that the script has chosen me.”

Lastly, sharing about how much she relates to the character, Monika told, ” She is loving, caring and family-oriented. Similarly like Priya, my family is everything for me. But after an incident in the show, Priya was not the same person anymore so that was the part was not easy at all to play, that I could relate less.”