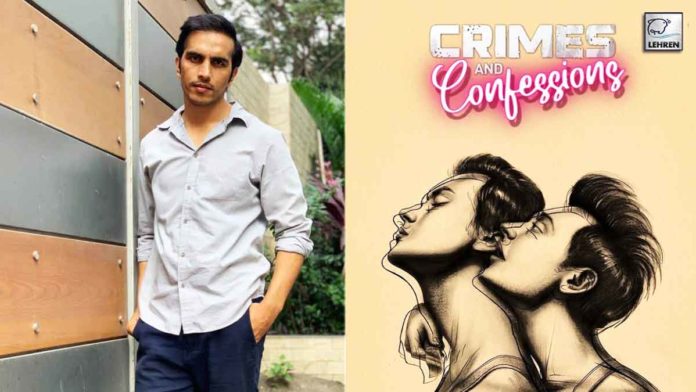 Manoj Chetan Singh is seen sharing the screen along with Samikssha Bhatnagar in Alt Balaji's 'Crime and Confessions'.

Manoj Chetan Singh Kaira is a well-known theatre artist and an incredible actor. He made his onscreen Bollywood debut in Commando 3, alongside Vidyut Jamwal. The actor was also seen in the Netflix series ‘Zindagi in short’.

And now, he has made his OTT debut as a lead in ALT Balaji’s murder mystery ‘Crimes and Confessions’.

Check Out: Shershaah Vs Bhuj: Which Film Are The Fans Most Excited For? Check Poll Results

‘Crimes and Confessions’ is a web series packed with a truckload of thrill and a dash of erotica. It narrates five stories about human behavior which includes love, lust, greed, jealousy, and gender politics that are set amidst backdrops of different eras. It narrates five unique confessions. The story revolves around the mysteries that making you believe that “The end is not always the end”.

Anthology series are in huge buzz nowadays and ALTBalaji has now joined the league too. The crime and confessions trailer has everything to watch and it looks amazing. The trailer looks intense and full of astonishing performances. Manoj Chetan Singh is seen sharing the screen along with Samikssha Bhatnagar, Ankit Bathla, Lekha Prajapati, and Akshay Dogra in key roles. ‘Crimes and Confessions’ releases today (7th August) on ALT Balaji.

Actor Manoj Chetan Singh Kaira will soon be seen in Applause Entertainment’s web series directed by National award-winner director E Niwas. The title will be revealed soon. There are many more projects under the pipeline for this actor which will be announced soon.