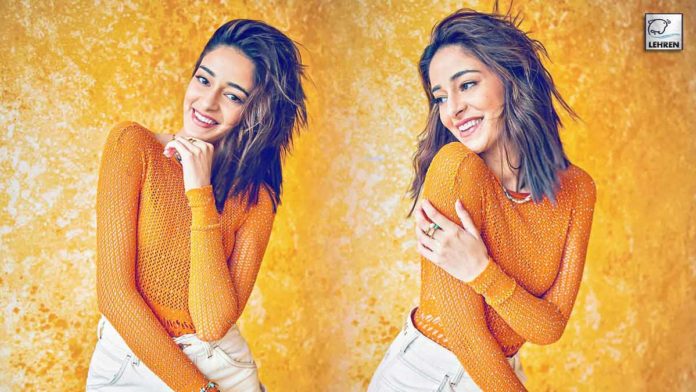 The Boycott trend and cancel culture has taken Bollywood by a storm. Every other film set to release is facing the wrath of a boycott by neitizens. Aamir’s Laal Singh Chaddha, Alia Bhatt’s Darlings, and Akshay Kumar’s Raksha Bandhan all have been trending on Twitter for a boycott. While many actors reacted to this issue Ananya Panday who has Liger coming up also reacted to the cancel culture of Bollywood.

Ananya Panday is busy promoting her upcoming film Liger with Vijay Deverakonda. The sports drama marks the Bollywood debut of the Telugu superstar. The Student Of The Year 2 actress spoke on the cancel culture and mentioned that Bollywood is losing track. She believes this is a cycle and doesn’t take it seriously.

As quoted by India Today She said, “I think it’s like a cycle. Every day, someone is getting boycotted or everyone is being canceled. We are losing our track. I even asked someone whether I have been boycotted or am I still fine. I get to know new things every day. This is what I understood. You have to learn how to filter things. You should know what things are the things to be taken seriously. I don’t take them seriously.”

Not just the Boycott trend but the north-south divide is pulling Bollywood down. The Hindi film industry has experienced a low run at the box office while south movies have been ruling audiences worldwide. When other celebrities commented on Bollywood vs South debate, Ananya too added her thoughts on the subject. “To be honest, I haven’t found any difference. Every film and director are different from each other. I have felt this simple difference. At the same time, I see why there is so much confusion among people. Why are they creating so much difference between North and South? We have made an Indian film.”

Panday’s next film is a pan-India movie. Liger is a sports drama helmed by Puri Jagannadh and produced by Karan Johar under Dharma Productions. The film is scheduled for theatrical release on 25th August.