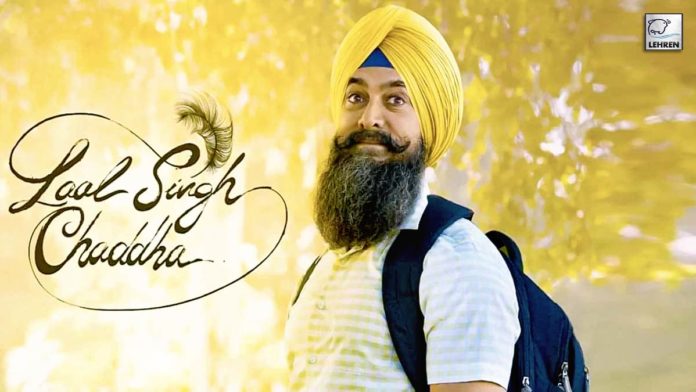 Check out Laal Singh Chaddha's box office collection on Day 2. The film drops by 40% at the box office while earning a total of 7cr on the second day.

LaalSinghChaddha: Aamir Khan’s movie Laal Singh Chaddha opened to mixed reviews. The film was released in theatres on 11 August 2022 and clashed with Akshay Kumar and Bhumi Pednekar starrer Raksha Bandhan. Laal Singh Chaddha’s box office collection on the first day managed to score in double digits but the film witnessed a huge drop on the second day of its screening, apparently, there was an almost 40% drop reported on the second-day earnings.

According to the BoxOfficeIndia report, Aamir Khan’s movie is looking at a 40% drop, and the collections are estimated to be around Rs 6.50-7 crore on day 2. Meanwhile, the total collection of the film till now is now estimated to be Rs18-18.50 crore. On its opening day, the film managed to earn Rs 11.50 crore.

The numbers are disappointing as the expectations were huge. Laal Singh Chaddha’s opening is lesser than Kartik Aaryan starrer Bhool Bhuliayaa 2, which recorded Rs 14.11 crore on the first day of its release. Even Akshay Kumar’s box office disaster Bachchhan Pandey recorded an opening of Rs 13.25 crore.

Why did Laal Singh Chaddha have a low box office opening?

There are a few reasons why Laal Singh Chaddha had a low opening. Firstly, the film clashed with Akshay Kumar starrer Raksha Bandhan, which is a comedy-drama film and a nice film to watch with family on the occasion of Raksha Bandhan.

The second reason is the boycott trend that has surrounded Aamir Khan’s movie. For the past few weeks, #BoycottLaalSinghChaddha has been trending on Twitter. Certain people have boycotted the film because of Aamir Khan’s old remark where he called India an ‘intolerant nation’. People have also accused Aamir to be hinduphobic and have cited his film PK as an example.

The third is the leak, as recently the film became a victim of piracy and got leaked on various online websites, which can easily affect the box office figures of the film.