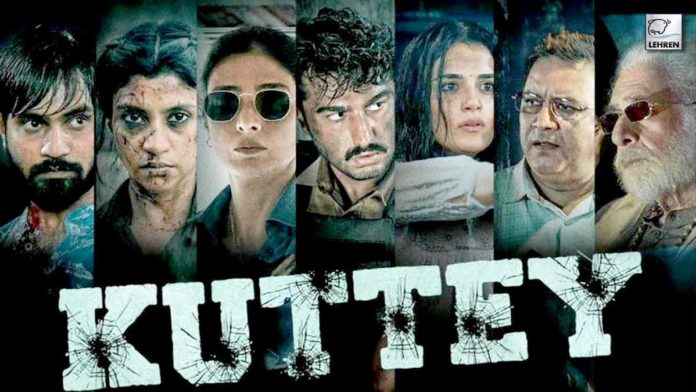 Arjun Kapoor, Tabu’s dark comedy thriller has a pretty dull start at the box office. According to Boxofficeindia.com, this multi starrer which also stars Radhika Madan, Kumud Mishra and Konkona Sen Sharma has minted only Rs 1.07 crores on its opening day. The film was expected to get better occupancy by evening and night shows but a mixed response from critics also seems to have played a spoilsport here.

The dark comedy thriller marks the directorial debut of music composer and director Vishal Bharadwaj’s son Aasmaan Bhardwaj. Kuttey was Bollywood’s  first release of the year and there was a lot riding on the success of this film but it has failed to rise up to the expectations.

Kuttey was leaked online immediately after it was released in theatres and this might be another reason for the film’s lackluster opening.