KRK Reacts To His Leaked Call Recording Of ‘Blackmailing’ 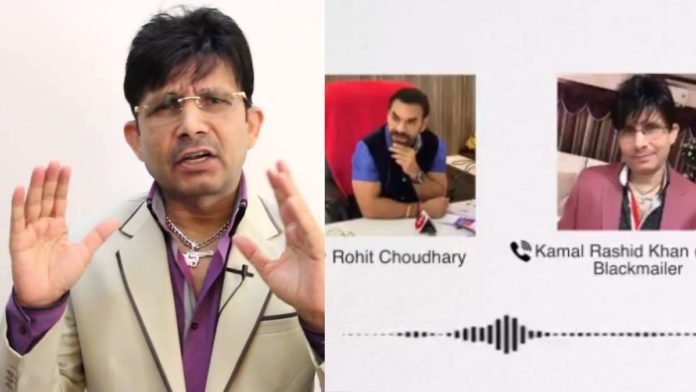 On Friday evening, actor and businessman Rohit Choudhary exposed actor-turned-critic Kamaal R Khan (KRK) on social media. At 5:30 PM in the evening, Rohit took to his social media and shared a call recording of KRK. Rohit wrote on Twitter, “Hello Friends, today I am sharing an audio recording as a revelation in front of you. In which I am talking to the biggest blackmailer of the Indian film industry who asks for money for not doing negative publicity of the film. #KRKBlackMailer #KRKKutta.”

KRK demanded Rs 25 lakh from director/producer Anil Sharma for not doing negative promotion of his film. And when Rohit spoke to him, KRK negotiated and agreed for Rs 20 lakh, thus reducing Rs 5 lakh.

#KRKBlackMailer immediately trended on Twitter. And now, the self-proclaimed critic has reacted to the call recording. He wrote on his Twitter, “I can’t react to give publicity to everybody and anybody.”