Kriti Sanon Shares Fun Banter With A Fan On Social Media, Read How! 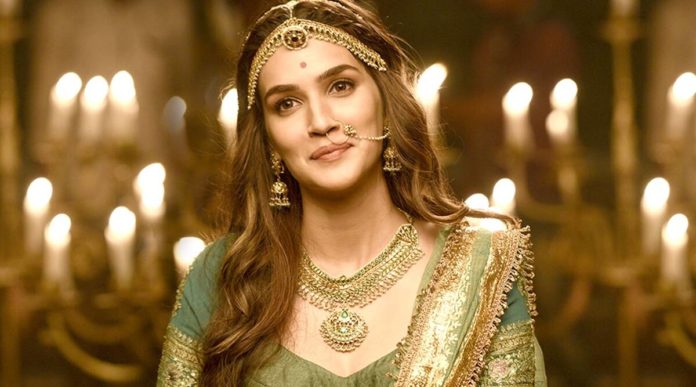 A fan recently shared fun banter with Kriti on social media for her song "Param Sundari", check out.

Kriti Sanon has been enjoying major fanbase post ravishing success of her film “Mimi”. As the actress has many more top hit films to come ahead, most of the film fraternities, critics, and audiences are still all praises for her superb on-screen delivery in Mimi. A fan recently shared fun banter with Kriti on social media for her song “Param Sundari”.

A fan named ‘Param Chhaya’ shared on his Twitter how his friends have been teasing him ever since the release of Kriti’s song ‘Param Sundari’ from Mimi. He wrote, “As a kid, nothing ever bothered me in school. I wasn’t angry with anyone who teased my last name or my name itself. Since the time Kriti Sanon’s “Param Sundri” dropped, I have been bullied by the song at least 1000 times already. Why did you do this @kritisanon Why ruin my life.”

Replying to this, Kriti had a fun moment with the fan, wrote, “oops!! Sorry!”

Kriti has been basking in glory for her impeccable role in Mimi. The lovely song ‘Param Sundari’ acted as an introductory song for her character and was a massive hit that went on billboard global charts, she literally blew up the hearts of audiences with her charismatic appearance and groovy dance moves on this peppy track. Kriti who has now entered the top league of actresses is currently busy shooting for ‘Shehzada’ with her teammates.

The Mimi actress has a perfect lineup of films including, “Bhediya”, “Ganapath”, “Adipurush”, “Bachchan Pandey” and “Shehzada”.