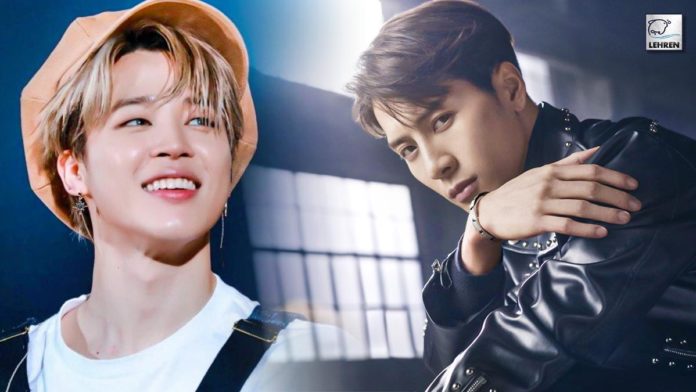 From K-Pop groups to K-dramas, these popular idols have expressed their love for Bollywood on a global forum!

One cannot simply stop watching Bollywood movies once you start with them. There’s no looking back! With a striking storyline, Legendary actors, and Bollywood’s unique way of using songs and dance in movies, Bollywood proudly stands tall as one of the largest film industries in the world. With South Korean culture gaining fame in India in recent times, credit goes to their popular K-pop groups and aesthetic Kdramas, which have a growing fan base in India, it’s no shocker that the two countries have unmatched interest for each other.

While some of these Korean celebrities have mentioned their love for Bollywood, take a look to find out.

Kim Namjoon Aka RM of BTS

You clearly live under a rock if you haven’t heard of BTS before! BTS or “Bangtan Sonyeondan” (Bulletproof Boy Scouts) is a popular K-pop group, with their fame and popularity spanning from West to East! This sensational group, with the power of their catchy music and highly compelling lyrics, has gained fame in India steadily over the past few years.

Namjoon, leader of the boy band, had expressed how he used to sing Daler Mahendi’s Hit track ‘Tunak Tunak tun’ when in school. “I could say that the most famous Indian song in Korea is Tunak Tunak Tun,” the leader said. It’s really famous. I sang it when I was a middle school student when I was 14.” he further added. Not just the music, Namjoon also expressed how famous Indian culture is in South Korea “It’s very famous here. We see it in textbooks, in fairytales. So we got so many fantasies; the mystery, the Taj Mahal, the beautiful people…” he added.

Another member of group BTS, In one of his live sessions, a band member, Jimin, adorably called Mochi by his fans, as being asked by one of his fans about watching the hit movie “3 Idiots” and expressed how much he liked watching it!

The maker of the film expressed his gratitude by thanking the Kpop star on Twitter.

Jackson Wang of GOT

Although not a household name like BTS, GOT7 too is a successful pop group with a loyal fan base in many countries including India. ‘Aghase’, most of them are also Indians, do keep asking the idols about Indian food and culture often when connected with the idols. In one such live, member Jackson, a rapper and TV star mentioned his love for Bollywood., “I really wish I could go to India, I love India so much. I watch Bollywood films too,” he said which in turn left many fans happy.

As mentioned, Jimin is not the only Korean idol to have enjoyed watching ‘3 idiots’. Hit group VAV showed their love for Bollywood and stated that they absolutely love watching 3 idiots and many other Bollywood films in fact they also expressed their interest to work alongside 3 idiots actor Aamir Khan.

Another well-known Korean actress Baek Jin Hee had expressed his love for Bollywood king khan Shah Rukh Khan. “Although I don’t know the language, I think, the artists are very talented as far as acting, singing, and dancing is concerned. And Chak de! India is my favorite Hindi film,” she said.