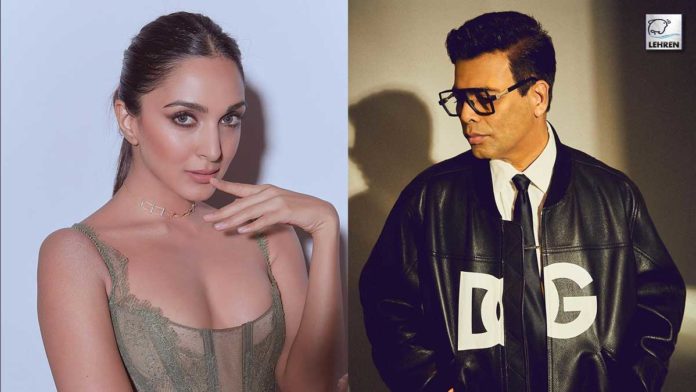 Bhool Bhulaiyaa 2 actress Kiara Advani gets brutally trolled by the netizens after she supports filmmaker Karan Johar in her recent debate on nepotism.

Bhool Bhulaiyaa 2 actress Kiara Advani recently supported filmmaker Karan Johar during an interview. Later the actress got trolled for supporting the filmmaker in the nepotism debate.

During a recent interview with Film Companion, Bollywood actress Kiara Advani talked about her experience and how the filmmaker supported her throughout, She said, “These are the people who are extremely successful, but they didn’t have this apprehension, they didn’t come to me just because I was successful.” The actress mentioned designer Manish Malhotra along with filmmaker Johar as she cited that both of them have been a support to her throughout.

After this interview, the netizens posted their response on the Internet. One of the users wrote, “Nobody ? U r best friend of Isha Ambani , Ur father is Rich, ur mom is friend of selmon boy , u r grand daughter of Ashok Kumar How is tht called nobody ?”, while another user wrote, “While defending nepotism Ashok Kumar’s grand daughter Kiara Advani call her self “Nobody” Okay she went to Dhirubhai International and was best friend with Isha Ambani Just nobody to bollywood okay”.

Many netizens also took the debate to the upcoming film “The Archies” featuring star kids Suhana Khan, Agastya Nanda, and Khushi Kapoor calling it a “product of nepotism”. Soon after the release of the teaser of the film, netizens started trolling the film saying, “It could be renamed as The Archies: The tale celebrating Nepotism”.

Check out their response:

On the work front, Kiara Advani is currently busy promoting her upcoming film Bhool Bhulaiyaa 2. The actress recently updated her fans with the first look from her film Jug Jugg Jeeyo starring Varun Dhawan, Anil Kapoor, and Neetu Kapoor alongside.