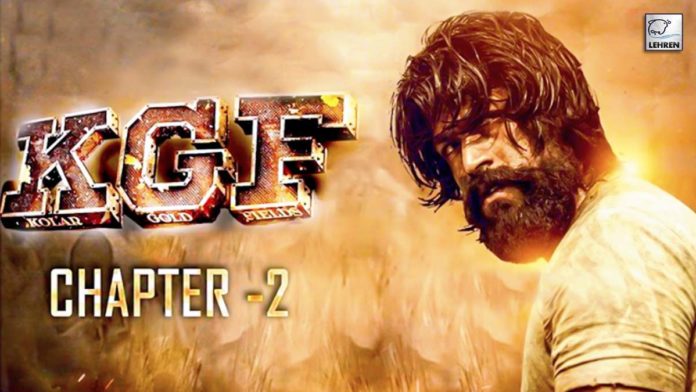 With fans going hullaballoo after watching KGF 2, and critics lauding the makers and the actor of the film for their brilliant performance, many wondered, will the much talked third part of the film, see Rocky's comeback at all?

Thanks to superstar Yash’s fans and the great reviews that the film has been receiving since its release for making it immune to box office collection. The film is amongst the few films in Indian cinema to have achieved this milestone, the film is said to have raked 552 crores worth of box office collection worldwide, in just 4 days. If that doesn’t speak for the success of the film, we don’t know what does!

Since the movie was released, fans hoped and anticipated the second instalment of the film. And now with the release of the second part, talks of a third party of the movie are making rounds. With director Prashanth Neel confirming himself that after the immense success of the second part, he doesn’t mind expanding the ‘KGF franchise further. Since then, fans, both those who’ve seen the film and others, have been coming up with their own logic and theories about the film.

Not to give spoilers, but even before the second part of the film was released, some fans had predicted how KGF 2 might not have a happy ending. Many hinted at how Rocky’s life is under threat from both the Prime minister, whose character is played by Raveen Tandon and Adheera, essayed by Sanjay Dutt. Many predicted how the film might actually not end on a good note, making other fans curious.

While we do want to disclose what exactly happened in the movie, as we don’t wish to give away the plot of the film, many who have watched the film seem to be relieved, as to their knowledge, the 3rd part of the film might actually see Rocky. The makers have left the viewers on a cliffhanger with the end of the film and with respect to Rocky’s fate.

Many were left shocked after the climax scene, but others are convinced that Rocky had planned everything intricately and that he only fooled everyone at the climax of the second part and will make a much bigger comeback in the third part of the film, to rule the Kolar gold mines again. And with the director himself confirming how it’s easy to bring dead people back in the cinema, it is further convincing. “It’s too early to confirm. In cinema, you can even bring back the dead to life. If people love KGF: Chapter 2, we could think of continuing the franchise,” he said.