KGF 2 Director Prashanth Neel In Trouble Post The Release Of The Film? 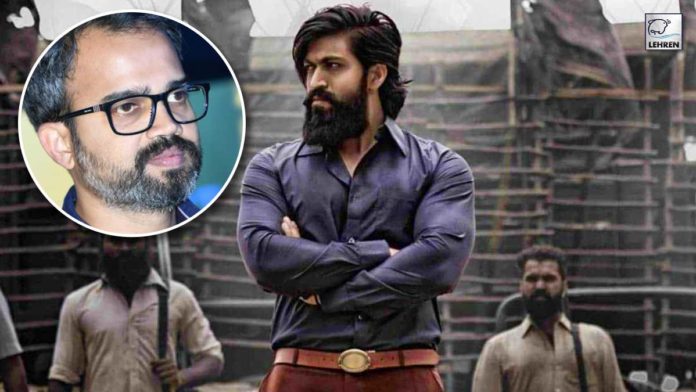 After the immense success of KGF 2, the director of the film Prashanth Neel might have some uninvited trouble too. Read to know the full story!

Sandalwood director Prashant Neel received love and appreciation in abundance, and still is, since the release of this year’s biggest movie perhaps, ‘KGF: Chapter 2’. Prashanth Neel has been receiving the same amount of love as the actor of the film, Yash has been receiving. The movie has been smashing all box office records and successfully running across all the theatres pan India.

The film has grossed Rs. 926 crores worldwide and still going strong. But the makers of the film might have to face some legal implications, as suggested by some reports. For the unversed, it was been rumoured that the main character of the movie ‘Rocky’ was actually loosely inspired by a real-life criminal, namely Thangam Pouli. The deadly criminal was shot dead in 1997 by the Karnataka police in an encounter but now the mother of Thangam Pouli has threatened the makers of the movie and has challenged to sue them.

If we were to believe the popular folklore, it was said that Thangam was the second most dreaded criminal in Karnataka, the first being the sandalwood smuggler Veerappan. Although the characters of the movie were highly fictitious, some still believe that KGF chapter 2 is slightly inspired by the life of Thangam Pouli. His mother has been claiming how his son’s life story has been essayed by the makers of KGF without her permission and even alleged the makers of picturing his son in a very negative way.

Although it is being said that Pouli’s mother had already filed for a plea, requesting to halt the release of the second instalment of the film. She even shared how the makers tricked her by showing Rocky’s negative side in the first part of the film, despite the makers having promised her that her son’s character will be shown in a positive light.

However, maker Prashanth Neel has dismissed the claims that the movie is based on Thangam or anyone else, and had revealed how the movie was a mere work of fiction and had no resemblance with any real-life people or characters. For the unversed, Thangam had more than 40 cases pending against him and also was the saviour of the poor, as depicted in KGF. He had been reportedly working at the Kolar Gold Mines and had even formed a small group there, who would go around and steal gold from the mines. However, Thangam was shot dead by the Andra Pradesh government in 1997, when he was only 25 years old after troubling the government.