Kartik Aaryan Reveals Why He’s Not Getting Married, His Response Will Leave You In Splits 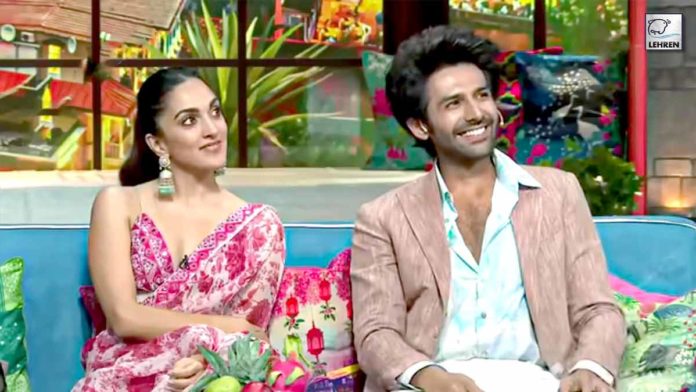 Kartik Aaryan reveals about his maarriage plans on The Kapil Sharma Show. See what advice Bollywood celebs have for the Bhool Bhulaiyaa 2 actor.

Bollywood actor Kartik Aaryan, along with the Bhool Bhulaiyaa 2 team cast, was recently spotted at The Kapil Sharma Show. When the comedian Kapil Sharma asked Kartik Aaryan about his plans for marriage, check out what he has to say-

Kartik Aaryan appeared on the show with the team of Bhool Bhulaiyaa 2 including Kiara Advani and Rajpal Yadav. On the show, comedian Kapil Sharma asked Kartik Aaryan about his upcoming football match in Dubai with Ranbir Kapoor and Abhishek Bachchan. He later questioned the actor that since these two stars are married, what are Kartik’s plans for the wedding. Does he want to get married or keep playing? He added football after a pause.

Kartik responded in the same spirit. He affirmed that he wants to keep playing and added football after a pause just like the comedian. The response left everyone in splits.

Kartik Aaryan’s Bhool Bhulaiyaa 2′ has been directed by Anees Bazmee and produced by T-Series with Murad Khetani. The film is set to hit the theatres on May 20. After Bhool Bhulaiyaa 2, Kartik will next be seen in ‘Shehzada’, ‘Freddy, ‘Captain India’, and Sajid Nadiadwala’s untitled next.