’83: Kapil Dev On Ranveer Singh Essaying His Role In The Movie 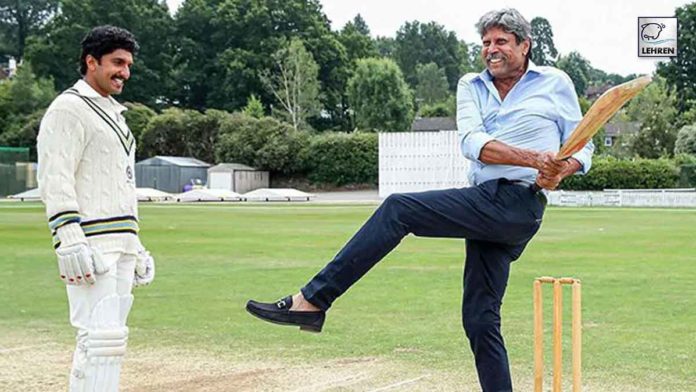 Kapil Dev speaks on Ranveer Singh essaying his role in the upcoming movie ’83. The film is based on the 1983 World Cup win of the Indian cricket team. Read below to know more.

Among the many much-awaited films of the upcoming year is the Ranveer Singh starrer ’83. The plot of the movie revolves around the 1983 World Cup of the Indian cricket team. In the movie, Ranveer plays the character of former India skipper Kapil Dev who led the team to victory. However, Kapil Dev was scarred when he got to know that Ranveer will essay his role in ’83.

Speaking of the same, Kapil Dev expressed that he was a little scared of Ranveer essaying his role in ’83 because he is an actor. As the movie is based on sports, the legendary cricketer was expecting somebody of sports and athleticism.

However, when the 61-year old met Ranveer Singh he was amazed by his dedication. Praising the Gully Boy actor, Dev said, “I was amazed how much time he spent. Last summer in June and July, he spent around eight hours on the cricket ground and I used to get scared. I would say he is not 20 years old, he should not get injured. I was worried about that. I think that’s where the artiste and the actor comes out. They know what to do and how to do it.”

The former cricketer also recalled how Ranveer spent time with him to gear himself for the role in the movie. Kapil Dev revealed that the actor spent seven to eight days with him. He also put a camera in front of him, it was to record the way he talks, what he does, and how he eats.

It seems like Ranveer Singh has given his one hundred percent to essay the role of Kapil Dev in ’83. Surely, this revelation has led to more hype for the movie.

The movie ’83 was to release on April 10, 2020. However, due to lockdown, the makers had to indefinitely postpone the release date. Now, they are aiming to release it in the first half of 2021.

In the movie, Ranveer Singh will share the screen space with his wife Deepika Padukone who essays the role of Kapil Dev’s wife. It will also be their first movie together after their marriage in 2018.