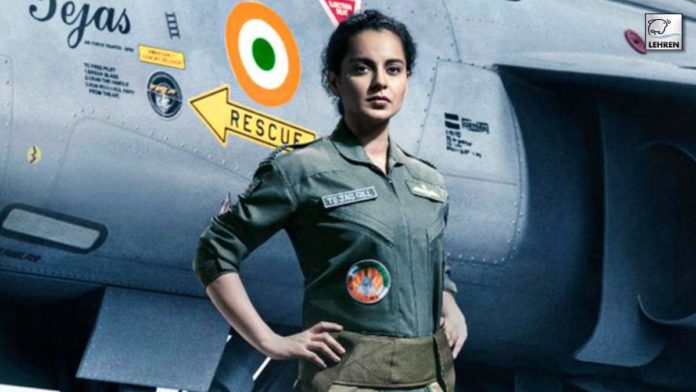 After Dhakkad’s debacle, it is speculated that Kangana Ranaut’s next Tejas will directly make its route to OTT.

Kangana Ranaut has been making news with her latest actioner release “Dhaakad”. However, the film received a heavy backlash as it failed to attract audiences. Negative feedback in just 3 days of the release dragged the movie out of the theaters and the movie vanished in a snap of time. After Dhakkad’s debacle, it is speculated that Kangana Ranaut’s next Tejas will directly make its route to OTT. Read on to know if the makers will stick to its theatrical release or think of getting an OTT platform.

Within the recent past, Kangana Ranaut wore the directorial hat for ‘Emergency’ announcing that the movie will go on floors soon. Meanwhile, her upcoming movie Tejas has caught media attention. The plot of Tejas is set in 2016, and revolves around a daring female fierce fighter pilot. The film is inspired by the landmark event in the history of the Indian Air Force which became the country’s first defence force to induct women into combat roles.

Ranaut’s Tejas is an aviation thriller directed by Sarvesh Mewara and bankrolled by Ronnie Screwvala’s RSVP Films is slated to release on October 5, 2022. However, it is rumored that the aviation story will directly move for OTT release.

Talking on the same, a movie insider revealed: “Post Dhaakad the makers of Tejas have decided on reshooting certain portions of the film to avoid making a similar mistake. Besides this, given the recent box office turmoil, or rather the past record of Kangana, RSVP feels that Tejas will fare better if it features a direct to OTT release.”

He further added, “Ronnie Screwvala and the RSVP team working on Tejas are still brainstorming about a direct to OTT release, they are yet to lock a platform and date. But currently the general consensus is that an OTT release will be beneficial to all parties, producer, actor and director. They do not want to be caught surprised with a similar box office fate as Dhaakad and would want to secure their commercials.”

However, there is no confirmation from the makers yet, we are waiting for an official announcement. The makers of Tejas restate that the film will release on big screens on the scheduled date of October 5, 2022. Tejas is written and directed by Sarvesh Mewara and produced under the banners of RSVP by Ronnie Screwvala. The film features Kangana Ranaut, Sankalp Gupta, Veenah Naair, Varun Mitra, and more.