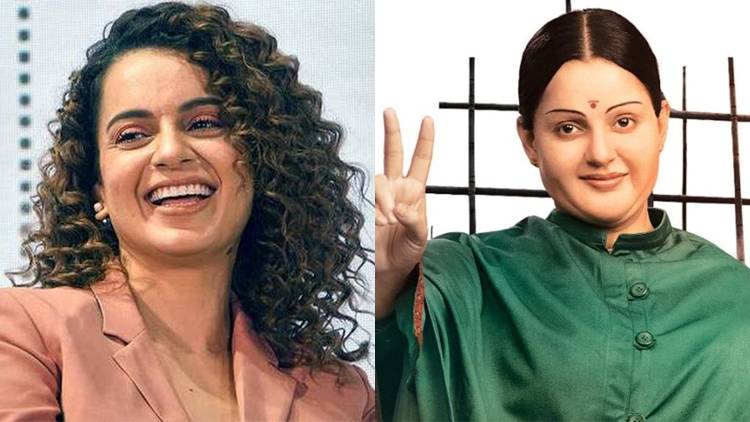 Actress Kangana Ranaut who is known for her outspoken nature and bold attitude recently opened up about film releasing on OTT platforms amid the on-going pandemic. She also shared her insights on how the COVID-19 crises is affecting the entertainment industry and much more.

The Queen actress said that she will be okay if he film directly releases on an OTT platform. Kangana said, “It depends. For example, a film like Thalaivi just can’t release on digital because it is such a massive scale film, neither a movie like Manikarnika is a digital space film, but yes films like Panga, Judgemental Hai Kya also cater to that audience. The way the film is made, it is very digital-friendly. They have recovered huge costs through digital itself. So, it depends.

Kangana also opened up about how the coronavirus pandemic and lockdown is going to impact the fees that actors charge, she also said that it is inevitable. She said, “For Thalaivi, it is a bilingual film. As a matter of fact, the film is sold to both Netflix and Amazon in both Hindi and Tamil for around Rs 55 crore. They also have satellite rights to sell for both languages and also distribution rights. So, whenever a project is conceived, there is a financial blueprint to it, recovery blueprint to it. Then they match actors and their market worth and accordingly are approached.”

Kangana concluded by admitting how she charges fees while taking up a project. The Manikarnika actress said that she always sees the recovery blueprint and then she decides how much she will charge. She said, “People sometimes don’t understand that, they just randomly say this is how much we charge. I think that is why I see magazines like Forbes just randomly writing we’re charging this much but we just don’t charge what you want to charge; we charge what we get, in terms of the dynamics of business.”

Must Read Kangana Ranaut Starrer Dhaakad To Not Release In Diwali 2020?

Many films have opted to skip the theatrical release amid the nationwide lockdown, films like- Laxmmi Bomb, Gulabo Sitabo, Ludo, and many more have released or will be released on OTT platforms.

Chahat Tewani And Aura Bhatnagar Become Good Friends On The Sets Of Barrister...

Barrister Babu is a show that has entertained viewers with its unique storyline and introduced a host of interesting characters to viewers. With every...
Stardom
00:46:04

The Kennedy curse is a term used to describe a series of misfortunes involving members of the Kennedy family of the United States of...
Bollywood
00:01:09

The rumors of Varun Dhawan’s wedding have been floating around from the last few days. According to the reports, Varun is all set to...
- Advertisement -