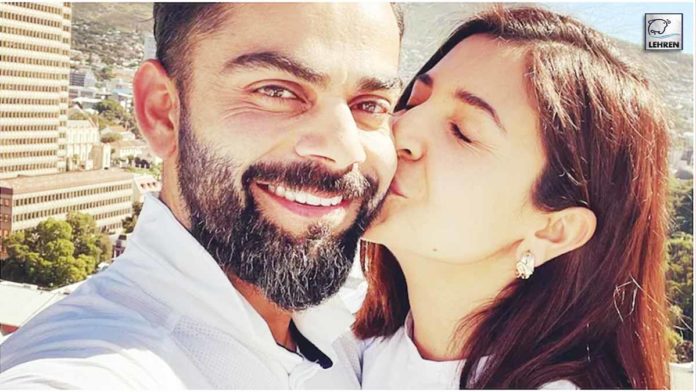 Anushka praised Virat Kohli’s efforts through an appreciation post on Instagram when Rohan Dua ended up comparing her with other cricket legend’s wives.

For the unversed, Virat Kohli gave up Test captaincy after the series loss to South Africa. While his fans and well wishes poured him love and support, his doting wife Anushka Sharma took to her Instagram account to post words of love to her husband.

Her post read, “Remember the day in 2014 when you told me that you have been made the captain as MS had decided to retire from test cricket. remember MS, you & I had a chat later that day & he joked about how quickly your beard will start turning grey. We all had a good laugh about it. Since that day, I’ve seen more than just your beard turning grey. I’ve seen growth. Immense growth. Around you & within you. And yes, I am very proud of your growth as the captain of the Indian National Cricket team & what achievements the team had under your leadership”

It further read, “You are not perfect & have your flaws but then again when did you ever try to conceal that? What you did was to always stand up for doing the right thing, the harder thing, always! You held on to nothing with greed, not even this position & I know that. Because when one holds on to something so tightly they limit themselves & you, my love, are limitless. Our daughter will see the learning of these 7 years in the father that you are to her. You did good”

Fans have always loved how Anushka has been a supportive wife and has cheered for Virat, from attending his matches to giving him moral support when the team losses. Everyone found the post cute and adorable except for an Indian Journalist Rohan Dua, who criticized the actress, he wrote,

“Quite don’t understand that captaincy or leaving it merits such back-to-back purgation of emotions by a couple when only interest paramount be that of Team India. Never before spouses of greats Sehwag, Ganguly, Sachin, VVS, Gambhir, Dhoni made a spectacle of their careers.”

It was after this that the netizens came in to support Anushka and schooled the journalist for criticizing her. Comedian Vir Das addressed this and thought it was pretty dumb of the journalist to make such a statement. He tweeted,

“Dude questions why a wife is posting about her husband on her own account. Epic dumbassery.”

Another user tweeted, “and this man is all rattled about a wife posting about her husband on her personal social media account. and with that sprinkle of ‘nashanal interest’ he feels entitled to comment. very begaani shaadi main abdullah deewana feels”

Another commented how he was intimidated by strong Anushka Sharma,

Another riser pointed out how Anushka is the only cricketer’s wife who has been targeted so many times on the internet for what she says,

“Never before were spouses of “greats” targeted the way Anushka has been through Virat’s career. And even if she wasn’t as a partner she has every right to talk about her husband on public forums. Who the fcuk are you?”

While Anushka herself is working on a sports film, precisely a cricket film- a biopic on former captain of Indian women’s cricket team Jhulan Goswami. Anushka can be seen on the silver screen with this movie after a break of three years from acting. The film is titled “Chakda Express”, a Netflix original and is all set to release in the second quarter of 2022.

ALSO READ – Amid Divorce News, A Look At Dhanush’s Biggest Scandals And Affairs