John Abraham To Be Pitted Against Shah Rukh Khan In Siddharth Anand’s Next Venture Titled Pathan? 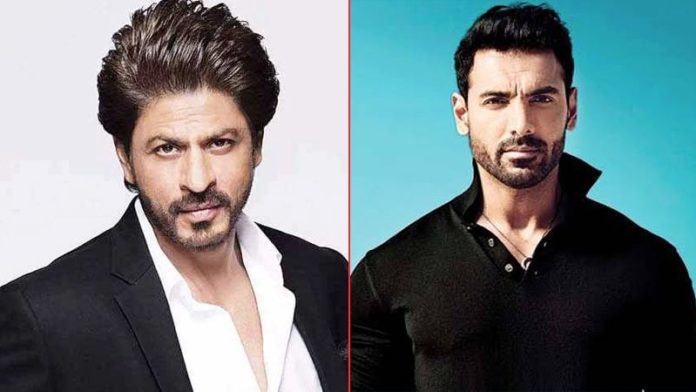 Fans of Bollywood’s superstar Shah Rukh Khan are eagerly waiting for their favourite star to make a comeback on the big screen. The actor was last seen in the 2018 movie Zero alongside Anushka Sharma and Katrina Kaif. However, the Anand L Rai film was a debacle at the Box Office and since then SRK has taken a back seat.

Also Read Shah Rukh Khan In & As ‘Pathan’ In Siddharth Anand’s Next, Might Reunite With Deepika Padukone?

Earlier there were reports that Shah Rukh Khan will romance Deepika Padukone on the big screen. The source claimed that Deepika has locked her dates for a big YRF film. However, the actress is still to sign the film. The actress has loved the script as it has a powerful role for the female lead as well.

The source further added that due to the coronavirus pandemic, the makers of Pathan are yet to lock dates for the schedule of the movie. Once that gets finalized, Deepika will work around her date for the film.

On the work front, SRK reportedly will be seen in Rajkumar Hirani’s upcoming venture and might also have a special appearance in R Madhavan starrer Rocketry, whereas, Deepika Padukone will be featuring in Kabir Khan’s 83. On the other hand, John Abraham has Mumbai Saga in his kitty which is all set for release.