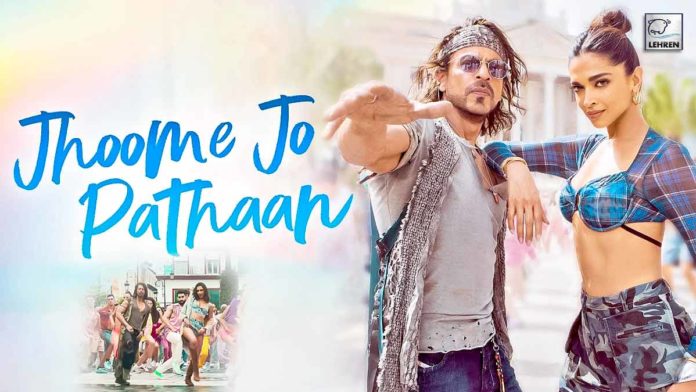 The second song "Jhoome Jo Pathaan" from the film "Pathaan" is now out. Reacting to the same netizens called the song better than "Besharam Rang".

Pathaan: Amidst ongoing backlash over the song “Besharam Rang” the makers recently unveiled the second song, “Jhoome Jo Pathaan” from Shah Rukh Khan and Deepika Padukone’s upcoming film Pathaan. Reacting to the same many netizens hailed the new song and called it better than “Besharam Rang”. Check out their reactions-

Talking about the song, director Siddharth Anand earlier said, “When we were planning Jhoome Jo Pathaan, I was clear that we should have Arijit Singh sing for Shah Rukh Khan. He is the number one singer of our country and we wanted him to sing for the number one evergreen superstar of our country! Arijit has weaved his magic with his charismatic voice in this dance number that sees SRK and Deepika let their hair down and groove to the music.”

Reacting to the song many netizens shared their reactions and called the song better than Besharam Rang. A user tweeted, “#JhoomeJoPathaan is definitely much much better than #BesharamRang Beats on point, mass choreography and even better lyrics This will play at the end of the movies, during credits. A song to justify the aura of #Pathaan”

Another user tweeted, “The another big party anthem of the year from #SRK through #JhoomeJoPathaan which has set the entire internet on fire”

For the unversed, Shah Rukh Khan’s film Pathaan has been facing extreme backlash for its song “Besharam Rang”. Apparently, a segment of netizens have claimed that the song features “vulgar visuals”. Many politicians even expressed their discontent over the use of saffron color in Deepika Padukone’s outfits. Many people even demanded a ban on the film.

On the other hand, Pathaan is a spy universe action film directed by Siddharth Anand. Headlined by Shah Rukh Khan the film also stars Deepika Padukone and John Abraham. Bankrolled by Aditya Chopra the film is produced under the banners of Yash Raj Films. Pathaan will take up to theaters during Republic day next year on 25th January 2023.