Janhvi Kapoor Reveals She Said Yes To Mili For This Reason 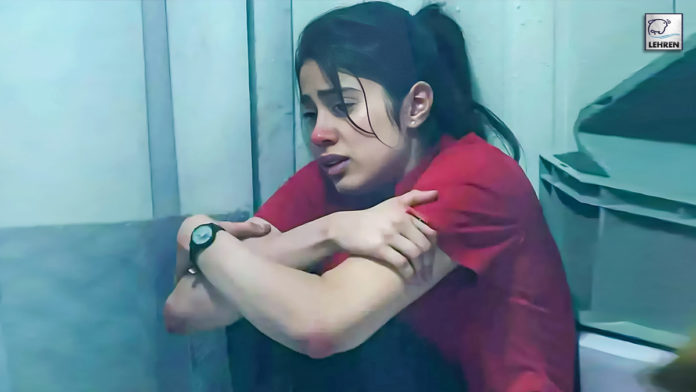 Janhvi Kapoor’s latest film Mili was released last week on 4th November. The movie received mixed reviews and could barely earn between Rs 1.3-1.5 crore at the box office on opening weekend. Recently, Janhvi Kapoor said she was unwilling to play Mili but took up the role of his father.

Mili is a survival drama of a nursing graduate who is stuck in a freezer struggling to survive and trying to find a way out. The film was shot inside a freezer that was built by the team for 20 days in a minus 15-degree temperature. In an interview with Bollywood Bubble Janhvi revealed she was unsure if she wanted to be a part of another remake and she said the same to her father and producer Boney Kapoor.

Janhvi told the media portal, “I said ‘Papa, I don’t think we should make another remake.’ I just wanted to do something conventional. Gunjan Saxena, Good Luck Jerry were both heavy films, I just wanted to chill mentally. He said, ‘Yeah beta, you will chill only. It’s in the fridge.’”

She further added, “He (Boney Kapoor) got very emotional about Mili, he said even if you don’t do the film I will make it, I need to tell this story. He started crying on the phone. He said ‘you see the father and daughter in the film, it’s like me and you, beta. I saw you.’”