Throwback Video From The Sets Of Jackie...

Varun’s Wedding Guest List To Be Very Handpicked And Selective 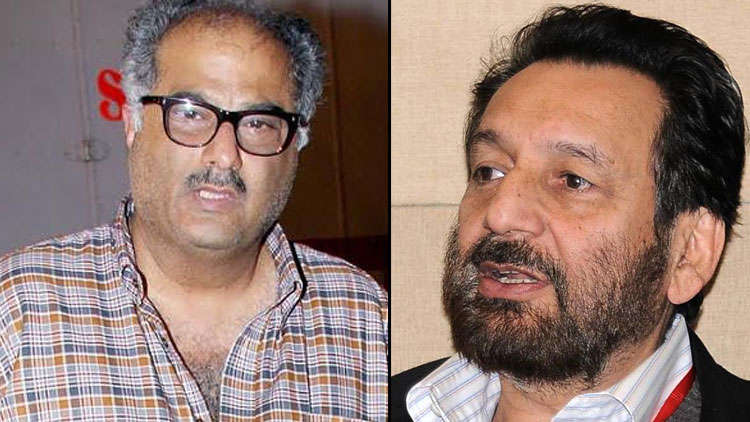 Soon after the news broke that Mr. India’s (1987) reboot will be helmed by Ali Abbas Zafar, there was a reaction from the original’s makers. The daughter of Anil Kapoor, Sonam K Ahuja, even criticized the “underhanded” way the remake was conceptualized without the knowledge of the leading man of the original film. The chaos between the families is now joined by director Shekhar Kapur.

According to the reports, it is probably true that Kapur, the director of the first sci-fi outing of Bollywood, is immensely unhappy with the turn of events. Kapur in an interview with a daily quoted “Where is the director’s ownership on the material he has created? It [the reboot] is based on what I have created. Now, I am in touch with lawyers all over the world to [tackle] the issue. It’s about creating a new understanding of the creative authorship of the principal director of a film. [The model] is [followed] in many nations of the world, including Australia, and the US. As the director, I am the prime author of the movie. I must have rights to the future remake of the film created by me. This calls for a change in the constitutional copyright laws. This is not about Mr. India anymore.”

No one has even asked me or mentioned to me about this film called Mr India 2. I can only guess that they using the title to get a big weekend. For they cannot use the characters/story without permission from the original creators of the film. https://t.co/Set5eDH63j

Knowing very well about the rights of a film in India remains with the producer, the director said, “The poster reads Surinder Kapoor’s Mr. India produced by Boney Kapoor. His father was the original producer.”

Kapur says he’d approached Boney as soon as the Sridevi and Anil Kapoor-starrer remake was revealed. “He said nothing is set in stone. Anil was equally disturbed that he didn’t know about it,” Kapur stated. Adding to this Shekar also confirmed that Boney did not notify him of the transfer of the alleged rights.

Excited to partner with @ZeeStudios_ for an epic trilogy #MrIndia! It is a huge responsibility to carry forward an iconic character loved by everyone. Currently, working on the script, no actor has been locked till now. Once we lock the first draft of the script, casting begins!

Informing about what will be his next step towards this he quoted “It’s time to have a serious legal discussion here to reinterpret the copyright act so that it accords authorship of a film to the principal director. This is not directed at Boney, or the current director, or Zee Studios. It is directed at the act itself.”

Hina Khan posted a string of pictures on Instagram. In the images, she is seen sitting on a balcony sipping on some champagne.
Bollywood

As per latest news reports, Varun’s family invited at Natasha’s house for Chunni rasm on 21st Jan. The recent update in the much awaited Bollywood...
- Advertisement -

Kareena Gives Glimpse Of Their New Abode Through Insta Pic

Nehha Pendse Urges Fans Not To Compare Her With Saumya Tandon

Varun’s Wedding Guest List To Be Very Handpicked And Selective

Kareena Gives Glimpse Of Their New Abode Through Insta Pic

Nehha Pendse Urges Fans Not To Compare Her With Saumya Tandon