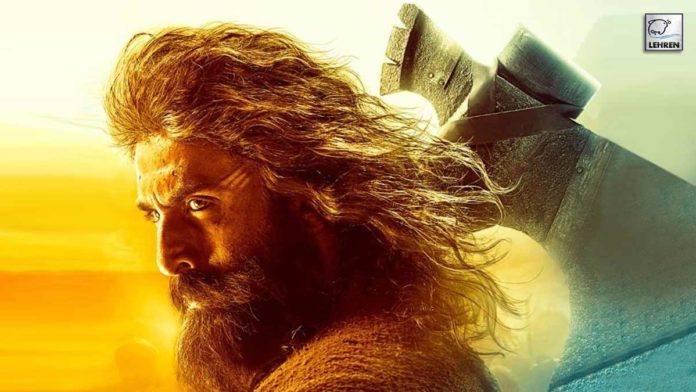 The trailer of the movie was dropped recently, with netizens comparing the film with other South films. Read to know more!

After a brief hiatus, Ranbir Kapoor is finally making his big-screen presence felt with his back-to-back films releasing soon. It was only a few days back that Ranbir and Alia’s most anticipated film Brahmastra’s trailer was launched, sending fans into a frenzy. With that, the actor is all ready now to promote his other upcoming films, the trailer of which was dropped recently.

The Karan Malhotra-directed film, ‘Shamshera’, is all set to hit theatres on the 22nd of July, and as the trailer of the film was released, it’s the amazing storyline and eye-catching visuals and VFX that have made fans excited to watch the film. While the reactions were mixed, some fans expressed their thoughts on the trailer of the movie on social media handles and expressed that the film looks like an attempt to copy recent South Films like KGF 2 and RRR.

Some fans on Twitter shared their opinion, which makes one think if the movie is actually inspired by the South movies if at all! While the storyline of Shamshera is very unique, it revolves around a dacoit tribe of the 1800s and their rebellion for independence from British rule. While it’s certainly not the storyline that fans believe is adapted, it’s the screenplay and certain stills from the film that fans believe are similar to other hit South films.

Netizens shared shots from the trailer for the film and compared it with Bahubali and RRR, saying most parts of the film are very much similar to these movies. Fans compared many scenes from the film that reminded them of Bahubali, directed by SS Rajamouli. Not just scenes, some even believe the whole look of the tribe in the movie is somewhat similar to the Arjun Reddy’s ‘Rudramadevi’.

For the inversed, Ranbir Kapoor is set to play double roles in Shamshera, the father and the son, which also many fans compared with Bahubali, where Prabhas had essayed the twin role. But according to Ranbir, he wasn’t offered the role of the father, but it was upon his insistence that he was offered to play the father’s character too.

Ranbir said, “When the film was narrated to me, it wasn’t really offered to me as a double role. But when I heard the story, my immediate response to Aditya Chopra and Karan Malhotra was that ‘let me play the father also, because it is such a great role. It is such an interesting, juicy part for an actor to play,”

He continued, “I really had to convince Adi and Karan. I think after that Karan did a couple of look tests and that’s when he got convinced also. So, initially, it wasn’t offered to me but it hooked me thoroughly as an actor. They were two unique characters and for an actor like me, to play two distinctive characters and make them different was very challenging and very exciting for me.”