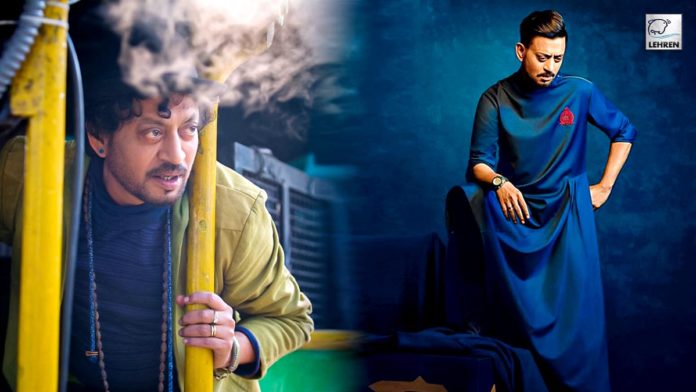 On the second death anniversary of late actor Irrfan Khan, we'll walk down the memory lane of his best performances.

It’s been 2 years since the Bollywood actor Irfan Khan, known for his bonafide acting skills throughout Hollywood left his family and fans after a prolonged battle with cancer on April 29, 2020. The late actor started his film journey back in 1988, with Salaam Bombay, a film that spoke volumes. The actor in his last film ‘Angrezi Medium’ gave another fulfilling performance. Playing a middle-class man, Champak Bansal from Udaipur confronts his daughter’s (Radhika Madaan) ambition to go to a renowned university in London.

On Irrfan Khan’s second death anniversary, we’ll take a look at some of his best performances throughout his career:
1- Paan Singh Tomar

Paan Singh Tomar is a heart-wrenching biography of the eponymous national steeplechase champion who turns into a dacoit due to circumstances. As Tomar, Irrfan Khan conveyed the angst of a hero reduced to a villain by the failings of the system. For his terrific performance in the film, Irrfan Khan also won a National Film Award.

A mistaken delivery in Mumbai’s famously efficient lunchbox delivery system connects a young housewife to an older man in the dusk of his life as they build a fantasy world together through notes in the lunchbox. The lead couple falls in love over several lunchboxes, prepared by one and relished by the other. The film stars Nimrat Kaur in the lead along with Irrfan Khan.

A hardened investigator deals with conflicting perspectives involving a brutal double murder. The case gets complicated when the parents of the murdered girl emerge as the prime suspects. The thriller drama film was directed by Meghna Gulzar and written by Vishal Bhardwaj. Produced by Bhardwaj and Vineet Jain, the film is based on the 2008 Noida double murder case involving a teenage girl and her family’s servant.

The film is a 2017 Indian Hindi-language comedy-drama film written and directed by Saket Chaudhary. It was produced by Dinesh Vijan and Bhushan Kumar under their respective banners Maddock Films and T-Series. The film features Irrfan Khan and Saba Qamar in the lead roles, with Deepak Dobriyal and Dishita Sehgal in supporting roles. Set in Delhi, the plot centers on a couple’s struggle to get their daughter admitted to a prestigious English-medium school in order to rise in society.

5. Maqbool
The actor plays the titular role in the film that features him alongside other veterans such as Pankaj Kapur and Tabu. Irrfan Khan’s role as a man who is caught in a web of greed, love, power, lust, and conscience is a masterclass in acting.