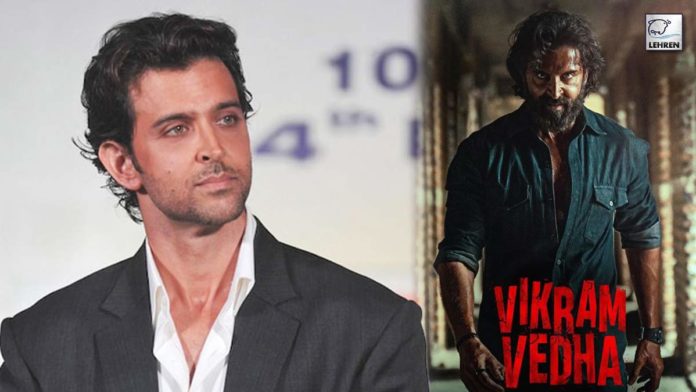 Hrithik Roshan shares his reaction to the audience's response to his film Vikram Vedha, says "I am confused but satisfied with the film"

Vikram Vedha: Hrithik Roshan and Saif Ali Khan starrer Vikram Vedha was released in the theatres on 30th September. Despite receiving good reviews and reactions the film couldn’t manage to open up to decent earnings at the box office. Addressing the same actor Hrithik Roshan was finally seen sharing his reaction on the matter, he said that he is “confused” with the reactions but is happy with the final film.

Bollywood actor Hrithik Roshan who appeared as the lead actor in Vikram Vedha recently appeared on a live session with YouTuber Ashish Chanchlani. During the 30-minute-long conversation, the actor was seen sharing his thoughts about his recently released film, Vikram Vedha.

On being asked to share his feelings and take on Vikram Vedha’s audience’s response and reaction the actor said, “I’m confused a little bit. I’m very satisfied with the film, I’m happy with it. We had fun making it, I learned a lot. I’m happy with the final film. The mountain that I set out to conquer, I think we conquered. Now it is with the world, and the world is saying a lot of things, mostly good. I’m slowly absorbing it.”

He added, “Not every film has to be intelligent. Maybe a superhero film, maybe War, or Bang Bang. You don’t have to be super intelligent, you have to be entertaining.”