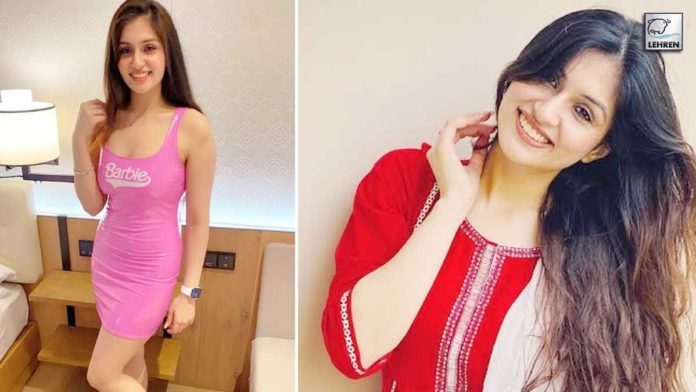 Hitakshi Wadhwa was recently seen in FNP Media and Fillme Networks Private Ltd’s short film “The Pill”. The young actress shared that she is overwhelmed with the response she is getting.

“I am getting so many messages and none of them said that it was a boring story to watch or they didn’t like the story. They all said that it was a fun watch. They enjoyed the story, especially the ending. Nobody expected the ending could turn out in this way. All the chaos, mess they all enjoyed. It looked real I would say,” she said.

“They loved the characters. Everybody’s still talking about it that in every group there are always guys like Zubin and Rohan and there is always a girl like Anna. So they are talking about that and I think this means that they’ve witnessed that in their day-to-day lives. Some of them said that what they loved is that it is not a cliché story. It’s something that they can look forward to. When movies are relatable people stick to it. So all in all a modern and a real story,” she added.

The short film focusses on the use of contraceptive pills for unprotected sex and unwanted pregnancies. Hitakshi shared that when she heard of the title, she was able to guess what the story was going to be about.

“The Pill” also features Tarun Khanna and the young actress was all praise for him. “He is a great Human Being. His acting is the cherry on the top. He helped the entire crew and cast with his experience and did whatever he could. He was also able to share many ideas which enhanced the overall shoot. I was very comfortable with him,” she said.

Heaping praises on the production house for a smooth schedule, Hitakshi said, “It was awesome working with FNP. I think everybody enjoyed it. We all were very happy during the shoot. We had mixed emotions when the shoot ended because on one hand, we were happy that we finished our shoot, on the other hand, we felt like ohhhh it ended (sadly) and it ended so soon because we were enjoying it so much. If I have to sum up in one line. It was one of my best experiences in a shooting.”

“The overall shooting process I don’t think could’ve been any more comfortable. Everything was taken care of very well. I have to appreciate the entire crew. Mr. Nikhil our director and everybody they all were lovely people to work with. Very considerate of everybody,” she concluded.